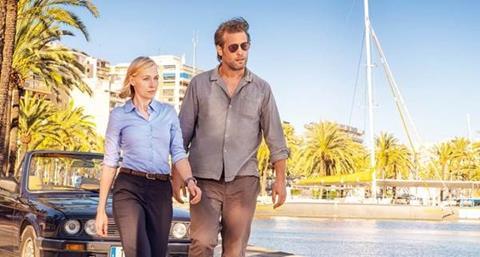 Leads Elen Rhys and Julian Loomans in The Mallorca Files

Ahead of next week’s Mipcom, the 10-part offering has been sold to New Zealand’s TVNZ, Czech Republic’s Prima, Japan’s AXN Mystery, Finland’s YLE, Denmark and Norway’s TV2 and Sweden’s SVT.

Counting Germany’s ZDF, France2 and North America’s BritBox as co-pro partners, it is the BBC’s most expensive daytime drama to date.

With these early deals, the series looks set to repeat the international success of other recent BBC daytime offerings such as Shakespeare & Hathaway and Father Brown, both of which have been shopped across the globe.

“This is a great new addition to our hugely popular stable of crime drama, which has something for all tastes.”