ITV has beefed up its comedy slate by ordering a full series of Monicker Pictures-produced The Delivery Man after a pilot. 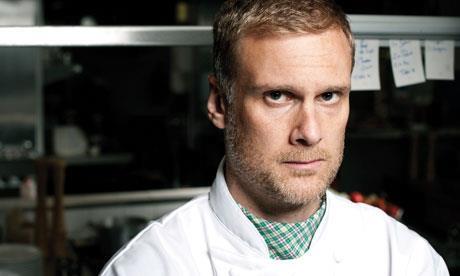 The new sitcom brings together Robert Harley and James Henry, who previously collaborated on cult Channel 4 comedy The Green Wing between 2004 and 2006.

The Delivery Man (w/t) stars Darren Boyd as a policemen embarking on a new career as a midwife. Boyd revealed that a full series had been ordered via his Twitter account.

He tweeted: “Series ordered. Dry cleaning my scrubs…” to his 13,000 followers.

Details of the series are yet to emerge although according to the British Comedy Guide it will be air as six-parts, expected in the middle of 2015. The series will be filmed from October.

It will be produced by Harley’s indie Monicker Pictures, which he founded in 2009 with Victoria Pile and has produced series including Channel 4 comedy Campus.

ITV has been building its comedy slate over the past year with the much-lauded return of Bird Of A Feather, which broadcast earlier this year, while Brown Eyed Boy-produced Vicious will return for a second run despite mixed ratings.

The show will be produced and directed by Victoria Pile who produced The Green Wing and Smack The Pony. She also directed and produced C4’s Campus for Monicker Pictures.

“Monicker Pictures has a great history for producing comedy that feels fresh and funny and The Delivery Man fits into that category seamlessly,” said ITV director of entertainment and comedy Elaine Bedell.

Pile added: “We’re putting a comedy slant on a very familiar world – there are male buddies, female buddies, intrigue and deception.  Loves, labour, lust – The Delivery Man (WT) has something for everyone.”