ITV Studios has appointed Angela Jain to a newly-created director of unscripted role, overseeing 11 labels including Possessed, The Garden and Twofour. 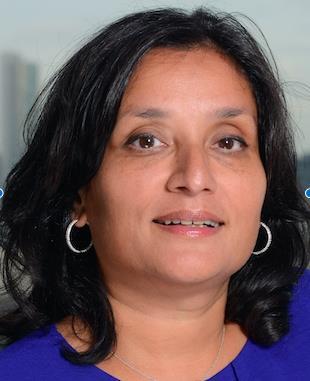 Other labels to fall under her remit are 12 Yard Productions, Boom, Multistory Media, Oxford Scientific Films, Potato, Rollercoaster Television and So Television as well as Lifted.

A process to replace her at Lifted will commence shortly.

Before joining Lifted Entertainment, which was rebranded from ITV Studios Entertainment in March, Jain managed ITV’s digital channels and ran its acquisitions team.

She has run ITV2 and E4, and also worked as a commissioner at C4 and C5. She sits on the board of The Edinburgh TV Festival Foundation, London First and is an Ambassador for Creative Access.

Bellamy said: “ITV Studios houses some of the best unscripted programme makers in the world and this genre is all set to continue to grow. Angela’s vast amount of experience, leadership qualities and knowledge make her the perfect person to be named as our first director of unscripted in the UK.”

Jain added that she is looking forward to leading a group of labels responsible for “some of the most-watched and loved shows”.

“Even though I’m not going far, I do leave behind an incredible, kind and hardworking team at Lifted Entertainment,” she said. “We have had the best of times and some difficult times too, but I will remember my time at Lifted Entertainment with great fondness because it was so creatively rewarding, interesting and fun”.