“While Liam Bakes may not be the most demanding of TV cookery shows, it’s among the more enjoyable.” 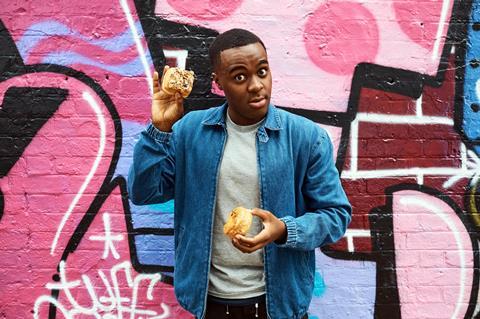 “Liam Bakes is a hoot. Fronted by a 21-year-old and set among the graffiti-daubed streets of Hackney, this was an accessible baking series aimed beyond the classic Middle England viewers.”
Jasper Rees, The Telegraph

“There was a deal more graffiti and rap music than you get with Prue Leith. But at a time when young men from London are almost daily in the headlines for tragic reasons, Liam makes a refreshing difference. He’s lively and sometimes silly, but a lot less annoying than established ‘cheeky geezers’ like Jamie Oliver.”
Christopher Stevens, Daily Mail

“The recipes themselves were clever if occasionally a little too obviously aimed at Instagram but ultimately this is a show that stands and dies on the personality of the host. Luckily the likeable Charles has as light a hand with a quick quip as he does with a whisk, meaning that while Liam Bakes may not be the most demanding of TV cookery shows, it’s among the more enjoyable.”
Sarah Hughes, The i

“We have had saturation TV coverage saluting the bravery of soldiers in the First World War, but little about an ugly truth that threatens to make some of it ring rather hollow. Dan Snow corrected that last night with his excellent and overdue film WWI’s Secret Shame: Shell Shock, which detailed how Britain failed a generation of traumatised veterans and still fails them today.”
Carol Midgley, The Times

“A well-researched, informative and righteously furious documentary by historian Dan Snow. This was an important if sometimes difficult watch and one which brought home just how little has really changed over the course of a hundred years.”
Sarah Hughes, The i

“Snow honoured the enlightened psychologists who identified this new illness. But to what end? A century on, the armed forces simply don’t have the capacity to fulfil a duty of care for damaged ex-servicemen and women. They’re society’s problem now, an MoD spokesman more or less said, and it’s the NHS’s job to mop up the mess.”
Jasper Rees, The Telegraph

“There wasn’t a huge amount of action here: they trudged through a few treacherous miles of the Alps and chatted about how Federer used to have a temper, but doesn’t any more. He emerged unscathed, but why he risked his limbs so close to a match is baffling. Maybe he’s planning his TV career move.”
Carol Midgley, The Times

“As they yomped through snowdrifts and climbed the side of a gorge, Federer plainly wasn’t much interested in the Boy’s Own activities that Bear had laid on. The hour ended with a game of ping-pong on a portable table, with miniature paddles. It should have been cringeworthy but, because both men were so nakedly competitive, the short match was actually entertaining.”
Christopher Stevens, Daily Mail

People Just Do Nothing, BBC2

“It’s as funny, and as tragic, as ever. People Just Do Nothing may have earned its creators awards, critical acclaim and money, but success has not threatened Kurupt FM.”
Tim Dowling, The Guardian