Line of Duty; Sex on Trial; The All New Monty: Who Bares Wins

“In a glorious Mercurio back catalogue, this was one of his B-sides” 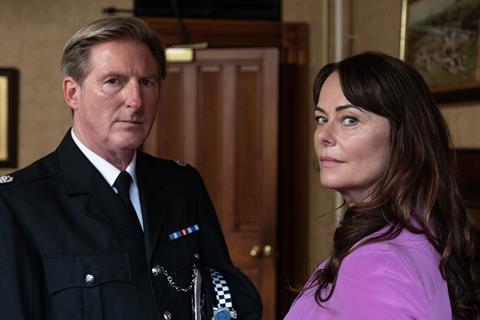 “The last 10 minutes provide the answers we have been panting for and a twist (and twist of the knife) as deeply satisfying as any in AC-12’s history. Nevertheless, it is impossible to shake the sense that it has overall been a lacklustre experience. A placeholder episode can be forgivable but this has felt like a placeholder season.”
Lucy Mangan, The Guardian

“Compared with other series the resolution seemed meagre. That is not to say this 85-minute finale wasn’t event television because it was. I enjoyed it despite this being the weakest series yet. But the finale was a mixed bag. In a glorious Mercurio back catalogue, this was one of his B-sides.”
Carol Midgley, The Times

“As Brexit continues to infuriate and split the country in half, viewers are grateful for anything which, however briefly, brings the nation together. Line of Duty delivers that in spades. Mother of God, bring on series six!”
Allison Pearson, The Telegraph

“Channel 4’s new three-part documentary exploring the issues around sexual assault, rape, and consent made me furious. This was blistering, infuriating, completely sad – but vital.”
Sarah Carson, The i

“The programme was admirably dispassionate, but the simple act of juxtaposing participants’ opposing viewpoints painted a horrifying portrait of the shortcomings of the system and the proliferating extrajudicial factors at play when dealing with sexual assault.”
Lucy Mangan, The Guardian

“This was a shocking indictment of how justice can work in the United States. Any legal system that approves of lies is surely broken.”
Christopher Stevens, Daily Mail

“No one whose only engagement with the case consists of 45 minutes of television should pretend they know what really happened in that bathroom. But viewers should feel entitled to form an opinion on how Cotto investigated Yovino’s case. And that gave me the creeps.”
Helen Brown, The Telegraph

“Who came away from Sex on Trial feeling troubled? I certainly did. While Nikki Yovino did admit falsely accusing two fellow US students of sexual assault and was duly sent to jail, the way in which the detective got her to retract her allegation was discomfiting.”
Carol Midgley, The Times

The All New Monty: Who Bares Wins, ITV

“I have no patience for long-running reality shows. There’s too much filler and false jeopardy. But the fun of these one-off shows lies in the lack of… well… padding. And though this one followed a predictable format, it delivered 90 emotional minutes of full frontal entertainment with a serious message.”
Helen Brown, The Telegraph

“Formulaic it may be, but there’s no denying the format is effective. Discussion of men’s cancer is usually too awkward and depressing to be sustained for longer than a soundbite or two, but this show is so boisterous that the fun never flags, no matter how often the talk returns to grimmer topics.”
Christopher Stevens, Daily Mail

“Willie Thorne was the best value — funny, self-deprecating, a former cancer patient and not there to parade his six-pack (he didn’t have one). Otherwise it was the usual false jeopardy, tears, banter, hugs and padding. The true heart of this was meeting people such as a young teacher struck by testicular cancer at 23, the ballast that offset the tackiness.”
Carol Midgley, The Times