Mark Kermode’s Secrets of Cinema; The English Game; How to Beat: Stress

“Another informative, funky film lecture from the heavyset dude in the dark suit and tie, with the grey quiff and heavy-rimmed glasses” 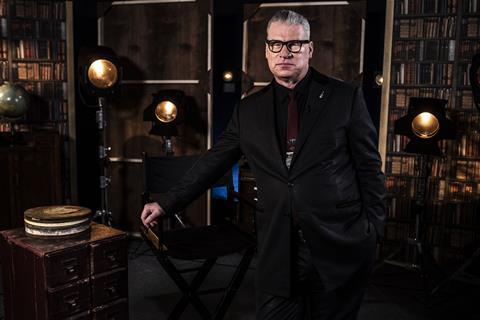 “Although Kermode was essentially protective of a genre that last year came in for abuse from veteran film-makers such as Martin Scorsese, he did admit that their ‘overblown, smashy-crashy’ endings are a bore. In short, another informative, funky film lecture from the heavyset dude in the dark suit and tie, with the grey quiff and heavy-rimmed glasses.”
Dominic Maxwell, The Times

“There’s a great TV programme to be made about the obsession of the under-40s with super-hero movies in an era of atheism and empty churches. Mark Kermode’s Secrets of Cinema: Superheroes was not that programme. Kermode didn’t give this a moment’s thought. Even though some of the genre’s central characters are plucked from religious myth, such as Thor and his brother Loki in The Avengers series, the connection didn’t occur to him. All he could see were the tropes and techniques of movies. In the end, the analysis was reduced to the level of a lecture for film studies undergraduates.”
Christopher Stevens, Daily Mail

“This is the second Julian Fellowes drama to be launched in a week. I liked Belgravia but the football scenes in The English Game have a welcome freshness and vigour. The English Game may on one level be about the birth of modern football but it is really about class, and that’s something Fellowes claims as his specialist subject. Subtle it is not. But subtlety doesn’t work too well in costume dramas anyway.”
Anita Singh, The Telegraph

How to Beat: Stress, Channel 4

“Written down, none of their remedies is wildly surprising, and one or two of them may these days be a logistical challenge: diet, exercise, mindfulness meditation, time with nature, time with friends. Yet there were just enough moments of awakening to outweigh the toothpaste-advert zeal elsewhere — best of all with the woman whose hours with a virtual-reality headset enabled her to make apparently large strides with her anxiety issues.”
Dominic Maxwell, The Times