MONDAY: Latest Gold original is UKTV channel’s third-best overnight of year so far, while ITV’s Who Wants to be a Millionaire? returns with 4m 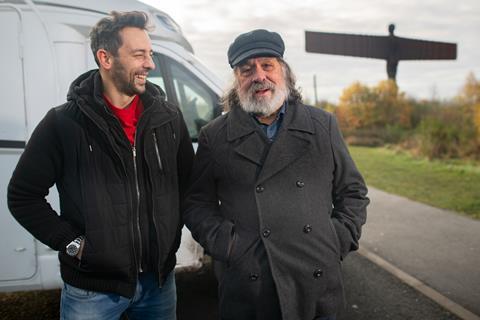 The show, in which The Royle Family co-stars Ralf Little and Ricky Tomlinson traverse the north in a campervan, launched ahead of Gold’s other 2020 original, comedy Sandylands, which opened owith an overnight of 84,000 (0.6%) in a 10pm Wednesday slot in March.

Across the 8pm hour on the terrestrial channels, an ITV Coronavirus Q&A (2.1m / 10.6%) was level with BBC2’s Great British Menu, both of which more-than doubled the rating for the latest offering of Channel 4’s Grayson’s Art Club.

ITV returned to its rebooted quiz format just weeks after its hit behind-the-scenes drama Quiz, with more tuning in than any episode of the previous series.

Label 1’s previous series – its fifth - opened with the slightly lower 1.4m (7.7%), according to Barb data from overnights.tv

Brinkworth Productions’ latter offering remained ahead of slot average but lost 20% of its audience from the previous week’s opening episode.