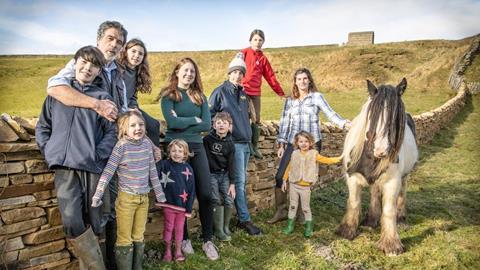 The third run of Renegade’s six-parter has improved week-on-week since its launch and ended with a slot-winning performance that was the highest-rated C5 show since February 2016 when The X Files launched to 3.7m (16.3%).

Our Yorkshire Farm was some way ahead of last year’s best–performer - Michael Palin in North Korea (2.5m / 14.9%).

The first four episodes have so far consolidated to 2.9m (13.5%), according to Barb data from overnights.tv. Across the six-part run the overnight series average was 2.3m (13.3%).

Parable’s one-off, hosted by the van Tulleken twins, followed the pair’s previous coronavirus-related efforts for C4 - When Will Lockdown End? (760,000 / 3.5%) and How to Isolate Yourself (1.7m / 7.5%) – both of which aired in Sunday 8pm slots in April and March respectively.

Michael Mosley and Mehreen Baig’s exploration of the under-regulation of the cosmetic industry failed to match the previous Truth About… on takeaways, which gained 2.8m (16.6%) in a Thursday 9pm slot in February.

It was also slightly off Mosley’s recent C4 opener Lose a Stone in 21 Days, which kicked off with 2.2m (13.7%) before dipping for its following two episodes.