Charlie Beall and Peter Clare of Seven League present the key findings from their annual report, 7 Digital Trends in Sport 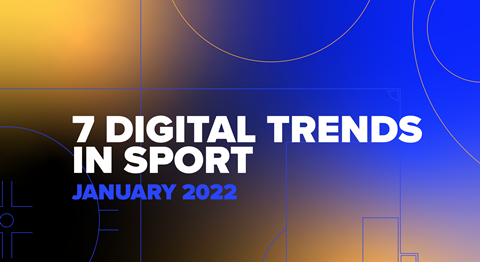 Beall and Clare are part of the Seven League digital consultancy and agency team, which specialises in sport. It works with sports’ biggest global names to help them grow and engage audiences, increase commercial value and champion tech innovation. Seven League is an IMG company, part of the Endeavor network.

Metaverse is an anchor term for developments in and around virtual, mixed and augmented reality and virtual worlds. It’s a term first coined in 1992, but which saw widespread adoption in 2021.

While there are competing visions for what the metaverse is and what it will become (metaversions), many of the foundational elements of the metaverse are already here:

AR & VR already provide a bridge between the physical and digital worlds. Users already participate online as avatars, trading in virtual goods and skins, interacting in online worlds and environments.

It’s just a question of how widespread this will become and who the major players will be.

What’s clear is that investment and interest are set to skyrocket in 2022. The coming year (and years) will see companies making extensive technology and experience investments.

In 2022, we should expect to see the release of a VR headset from Apple. The hope is that it will kickstart genuine consumer adoption of this technology, although with a rumoured $3,000 retail price at launch, that’s unlikely to happen in 2022.

We will continue to see sports showing up in metaverse environments, to connect with a new generation of consumers, sell virtual goods, offer value to sponsor brands and test new products in the virtual world, to see if they can be linked to ‘real world’ value.

We are perhaps a year or two off a sports property creating its own proprietary virtual world, but if metaverse adoption rates are favourable, this would be a logical next step. 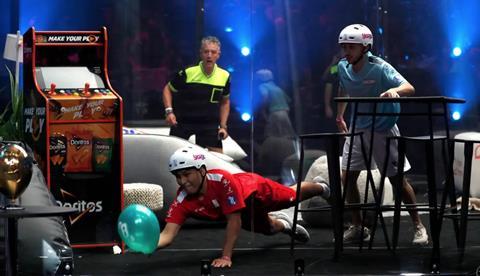 In July, a new venture called World 1 League was announced, which promised to identify the greatest athletes in the world via social media challenges and live stadium events. It was one in a series of new sports formats launched in 2021 - some highly irreverent, others trimmed and tweaked with a layer of interactivity, all designed to appeal to younger, more transient audiences.

We will see more ‘made for streaming’ sports events like the Balloon World Cup (pictured) and these will pose a challenge to existing formats, competing for the same audience attention as traditional sports.

New properties will not be bound by the strictures and norms of broadcast deals and governing body regulation. They will push ‘traditional’ sport to stay fresh and relevant in the way it presents itself.

We will also see more creators purchasing (or being granted usage rights for) media rights.

With much of the sports industry looking to achieve the best deals they can in a competitive media rights landscape, we will see more properties trying to create their own rights from the ground up, starting with a focus on sponsorship, advertising, ecommerce and licensing revenues.

We will see accelerated demand for more interactive content and experiences. Even if these new formats don’t capture audience attention (and more fail than succeed) they will push sports to create innovative solutions for brand partners. 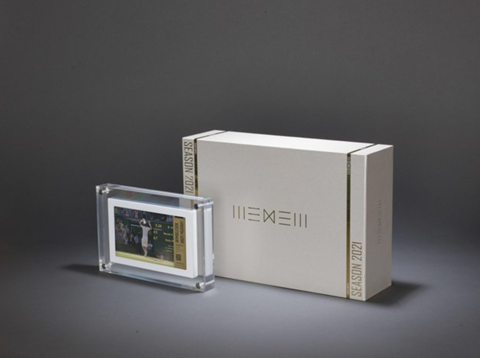 03 BEYOND NFTS: FURTHER USE CASES FOR THE BLOCKCHAIN

A Non-Fungible Token (NFT) can be anything digital (art, music, highlights, tickets, etc) that is stored on a digital ledger, known as a blockchain, which certifies the asset as unique and non-interchangeable.

NFTs cans be bought and sold on a marketplace platform. OpenSea is the market leader (a bit like eBay), some of which allow transactions using ‘normal’ money as well as cryptocurrency. Their value is based on what someone else is willing to pay for them.

What makes this form of technology interesting is that resale royalties can be coded into the asset, meaning rights holders can generate income on all future sales, in theory, forever.

Wimbledon teamed up with Andy Murray in July and launched a series of NFTs celebrating Murray’s famous 2013 victory (pictured), buyers could purchase NFTs in the form of digital video clips that were packaged with more traditional assets such as tickets to next year’s final and signed memorabilia.

More NFTs will be launched – Dapper is planning significantly sized ranges of UFC and NFL collectible NFTs in 2022. Several articles have reported the PGA Tour will also mint a range of player-based NFTs in the coming months. It’s likely prices won’t be as high as in early 2021 and that, in terms of price and hype, the market will stabilise.

The winners will be those who think longer-term and focus on how to use the blockchain as a transaction ledger and as a record of ownership. Innovation is likely to come. For sport this could be in the areas of membership and ticketing. Smart, or automated, contracts can be built into the blockchain meaning clubs and venues would always get a pre-agreed royalty every time a ticket is re-sold as all transactions would be recorded. 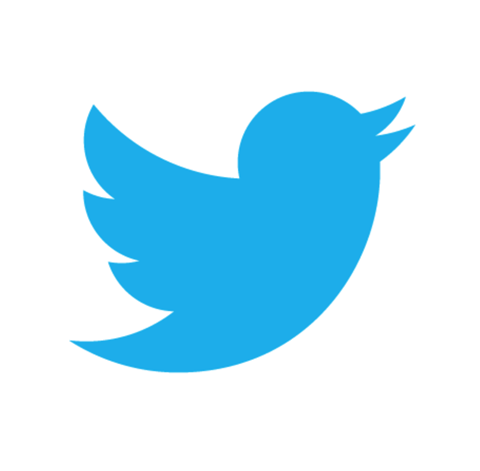 04 ATHLETES’ USE OF SOCIAL MEDIA PIVOTS TO PURPOSE

In 2021 former Manchester United player, Gary Neville, was highly critical of modern-day players for publishing posts under their name which are clearly written by social media managers. And yet 2021 was notable for athletes using their platforms for societal good - when Marcus Rashford posts tweets about feeding vulnerable children, does it matter if he’s the one typing those? When Simone Biles tweeted in September about mental health, the language felt like she had written it herself, but the main point is, when a message is that powerful, who cares who is doing the posting?

The notion of whether an athlete physically types a message or not will prove to be a red herring. But the debate around it will sharpen minds.

The abuse that has followed athletes from platform to platform over the history of social media will lead to many deciding they no longer want to be the ones physically logging in, but the quality of ghost-writing will improve and people will stop caring as much about who is doing the typing. It won’t just be causes that the athletes post about - we’ll also see players increasingly using their channels to put the record straight when they feel they’ve been wronged.

The Covid pandemic may have stopped some sports putting on games or events in new markets over the past 18 months, but it certainly didn’t slow down many leagues, teams and athletes from growing their presence in non-domestic territories.

The success of Drive to Survive on Netflix (pictured) has helped F1 gain traction in the US, Formula 1’s TV audience has jumped since the TV show was released. ESPN said its average viewers per race had risen to about 928,000 in 2021 from about 547,000 in 2018.

The NFL had continued success with their London games and announced it will be selecting a German city to host league games from 2022. In December the NFL also granted international expansion licenses to 18 teams meaning they can sign commercial deals abroad, the expansion markets including UK, Germany, Australia, Mexico, Spain, Brazil, Canada and China.

Sport needs to realise it has multiple different audiences in multiple locations across the globe. These audiences may be different ages, use different digital platforms, come from different cultures and have different levels of knowledge. Pushing the same uniform sporting product to all audience groups is unlikely to get the best results. If leagues and teams want to take advantage of the connected world they will need to create localised broadcast feeds, platform-specific content and tell stories to suit the needs of each separate audience group.

2021 brought into stark relief the identity crisis that Facebook (the platform, not the company Meta) faces. Leaked internal data published in 2021 suggests that only users aged 25 and above are increasing their use of Facebook and that daily active usage among teenage audiences (18-24) has been in decline since 2013.

Other platforms like TikTok, Twitch and Snap meanwhile, are surging ahead in terms of new user growth (particularly among younger audiences) and product innovation. Facebook’s modus operandi has been for some years to innovate through imitation, relying on its existing network to overpower upstarts. It’s a strategy that worked for Instagram when it took the Stories format pioneered by Snapchat and rolled it out to a much bigger user base. Lately, however, the approach has been more ham-fisted with Stories being rolled out in the Facebook app, and this continued in 2021 with Reels, itself a copycat product, being rolled out in Facebook.

The Facebook app user proposition has swollen to encompass everything and nothing.

In an effort to become more of a China-style super-app, Meta has treated its biggest network as a sandbox for product iteration, forgetting that over the long-term people need to understand the overall value proposition in order to remain loyal to a product.

Facebook remains a huge global marketing tool but it will require a radical rethink of how to use the platform. As a paid marketing channel, Facebook can be incredibly cost-effective: CPMs and CPVs are still some of the most competitive for amplification of feed posts.

Facebook remains good for selling discounted merchandise and offers on tickets - in our experience it rarely does anything for new kit at full price or premium hospitality and seating, but paid campaigns perform well for offers and discounts. It also remains important for ‘guaranteeing reach’ for branded content partnerships, although expect more scrutiny in this regard from brands.

Sports seeking to build real value on Facebook will do so using Groups. We will see the creation of more closed groups for core fans, niche interest bodies and semi-private communities. Community development will require hard work and dedicated resources. 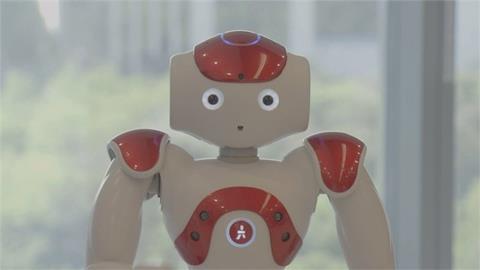 2021 revealed a global shortage of quality of skilled translators at a time when they’re most needed. As a result, it saw more and more organisations look at technology-powered solutions.

Sports will increasingly look to automated solutions to deliver global scale. The key will be to use automation not to replace content makers but to improve efficiencies.

Many leagues already use automatic clipping and publishing tools, like those provided by WSC, to deliver AI-generated highlights to regional markets across a variety of platforms in near-real-time.

It will be in the field of machine translation where the biggest mistakes will be made and the biggest efficiencies found. Machine translation performs mechanical substitution of words in one language for words in another, but that alone rarely produces a good translation because recognition of whole phrases and their closest counterparts in the target language is needed. Those who succeed will employ a blended approach of AI translation plus human post-editing to create quicker workflows.

We will continue to see uptake of AI in content capture. Grassroots sport will be more readily available thanks to AI video capture systems (e.g. Spiideo, Pixellot and Playsight) that don’t require camera operators and automatically track game action. That said, in a world of streams, this content will struggle to find large audiences.