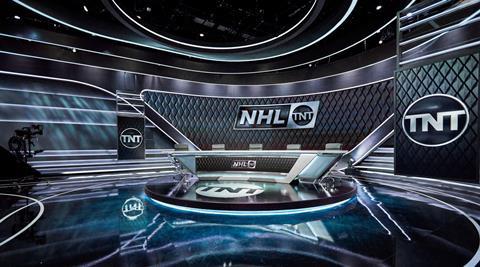 Turner Sports has turned to disguise to create a new broadcast studio for its NHL coverage on TNT, which it will use for the next three years.

It also has subtle hockey-style elements such as the oval shape of the set, which mirrors that of an ice rink, and the anchor desk’s ice shards base and hockey stick-shaped surround. 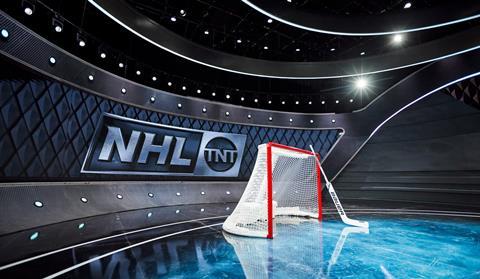 Overall, the studio features a combination of LEDs and projection with curved custom built LED panels on two sides of the oval and projection screens filling the rest of the visual canvas. Video, images and data are mapped onto the displays via disguise. A full height diagonal LED panel display and two large tracking monitors in the foreground of the studio further blend the LED and projection displays and offer additional flexibility for shots and presenter positions.

disguise’s director of product for broadcast Gideon Ferber explained that it was also important to be able to create a pixel-accurate 3D project and play it out before stepping into the studio: “It was absolutely crucial to be able to previsualise the studio because they didn’t have time to do rehearsals or block shots in advance during the build.

“The studio was actually up and running a week before the go-live date, so the ability to previs the whole setup and how the content would look, then build in animations and graphics, was imperative.”

disguise and MEPTIK also trained Turner Sports’ in-house production team on the use of the disguise workflow for broadcast.