Raiders of the Lost Past; Gordon Ramsay; Deep Water; Taskmaster 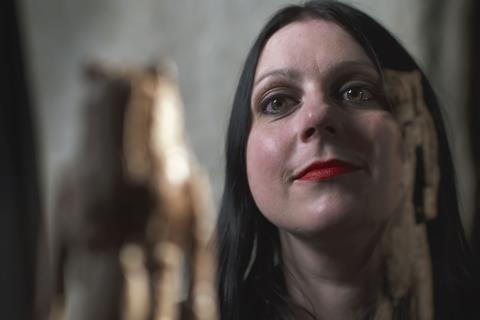 Raiders of the Lost Past with Dr Janina Ramirez, BBC4

“Raiders of the Lost Past does a terrific job of bringing disparate parts together into a coherent whole, and detonating larger questions as a result. My knowledge of the world is still missing many, many parts, but it is a little less fragmentary than it was.”
Lucy Mangan, The Guardian

“There were times, in Raiders of the Lost Past with Dr Janina Ramirez, when it felt like being clubbed over the head with hyperbole. The glories of the deep past are Dr Ramirez’s subject in this series, and they certainly merit awe and wonder.”
Jasper Rees, The Telegraph

“There is much to learn here and some absolutely gorgeous camerawork (the scene from above of Ramsay fishing in a boat was jaw-dropping). But Ramsay’s manic energy always creates a slightly aggressive vibe, so whenever I watch him I feel slightly irritated. Maybe that’s just me. I’ll try watching it again with the sound off.”
Carol Midgley, The Times

“Those viewers who have stuck this far with Deep Water — and hats off to you all — deserve a stiff drink. Despite a ludicrous plot that suggests that all men living in the Lake District are selfish tossers at best and perverts at worst, this episode was the most entertaining so far, although that bar was low. It’s totally batshit crazy, but the scenery is lovely.”
Carol Midgley, The Times

“The latest series has already featured a game where blindfolded players identified coloured ice lollies by taste and arranged them in rainbow order, while simultaneously trying to find a plastic dodo. That’s a bit more complicated than the old-style Taskmaster contests to see who could kick a beachball the furthest. Presenter Greg Davies is tormenting his sidekick, Little Alex Horne, more than ever, too — force-feeding him sour sweets and making him squat in a wheelie bin. It’s all deliriously childish — and stupidly funny.”
Christopher Stevens, Daily Mail