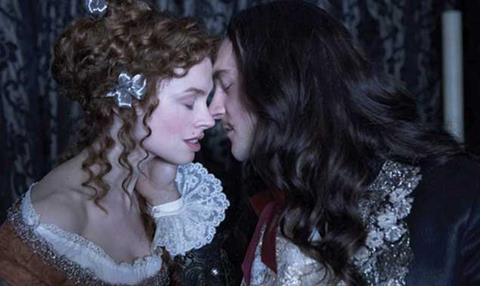 The glossy English-language drama, produced for France’s Canal+, edged out the Cuba Gooding Jr-fronted FX crime drama, which opened with 1.7m (7.9%) in a Monday 9pm slot in February.

It also beat the launch of BBC2’s Shakespearean period drama The Hollow Crown, which launched with 726,000 (4%) in 2012, but couldn’t come close to Wolf Hall. The Hilary Mantel adaptation opened with 3.9m (16.5%) in a Wednesday night slot last year.

Some 71% of Versailles’ audience was over the age of 55, compared to BBC2’s 52.7% average, according to Barb rating figures provided by overnights.tv.

Ahead of the forthcoming European Championship, the former England striker looked back at 1996 tournament in a slot-winning one-off doc that outscored the channel’s 1.3m (14%) slot average.