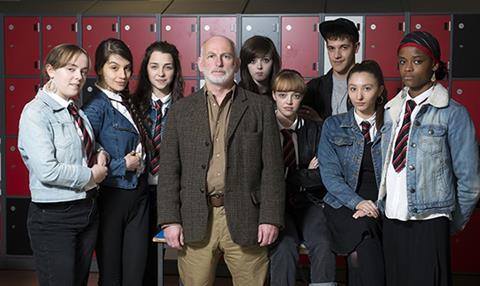 The event, which took place on 20 May at Glasgow’s Oran Mor and was hosted by Catriona Shearer and Sanjeev Kohli.

The Minnow musical drama (pictured), which told the true story of a group of schoolgirls who launched a campaign to free their friend from a Home Office detention centre, saw off competition from BBC1 drama Shetland.

Elsewhere the RTS’ first Referendum award was presented to Mentorn Scotland for its hour-long programme, Scotland Decides: The Big, Big Debate. The James Cook-fronted show gave an audience of 16 and 17 year olds the opportunity to quiz politicians and personalities from both sides of the campaign.

Keys to the Castle

Holiday of My Lifetime with Len Goodman

Raise the Roof Productions for BBC One

Mentorn Scotland for BBC One Scotland

BBC Scotland News and Current Affairs for BBC One Scotland

Every School Needs a Pipe Band

Television Journalist Of The Year

Facing up to Mackintosh