“Credit to the producers for finding stories with some heart to them – but at the end of the day, it was still mostly about the cash” 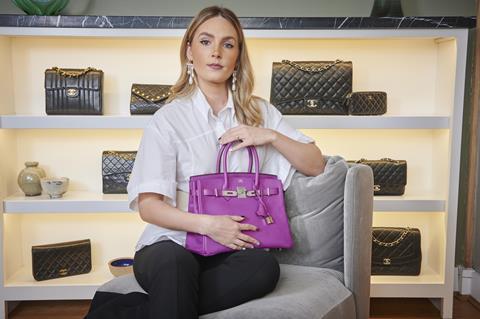 “This trivial, one-off show made no attempt to understand how any wristwatch is worth so much. The timepiece Mark offloaded was also a Rolex, a 1967 Daytona — the type favoured by Paul Newman. Another anonymous collector paid a quarter of a million for that one. There’s no reason to suspect that any of these nameless buyers are oligarchs, drug dealers or kingpins of organised crime, laundering their billions. Still, you can’t help noticing that watches and handbags, like gold or jewellery, are the very definition of portable wealth.”
Christopher Stevens, Daily Mail

“Especially with handbag buyers, Second Hand for 50 Grand had a formula: let you think the buyer was purely frivolous, then introduce a more emotional side of the story – in Rebecca’s case, her mother’s death a few years before. “This one is definitely more than a bag”, Rebecca and her father agreed, after Reece chased one down in Singapore. In the case of Kristen, a nail stylist, the programme led with her love of handbags and money (“I’m rich!”), then later we learned about her transition, and how liberating she finds it to perform her femininity via her hair, nails and handbags. Credit to the producers for finding stories with some heart to them – but at the end of the day, it was still mostly about the cash.”
Barbara Speed, The i

“Some of this show felt very contrived and I wondered whether the participants were putting it on just to get on the telly (imagine!). You either are the sort of person who gets euphoric about inanimate “stuff” or you’re not. The day I get sexually excited over a handbag is the day I’ll see a shrink.”
Carol Midgley, The Times

“It was a fascinating look back at a vanished era – when pornography was largely confined to seedy bookshops in Soho, and not available on the phone of every kid in Year 7; and when police chiefs advocated socialising with criminals because “it’s no good going to the vicar’s tea party and trying to gain information about organised teams of robbers” (that was Drury, who ended up being convicted of corruption and sentenced to eight years).”
Anita Singh, Telegraph

“As this series makes shockingly clear, Scotland Yard was corrupt from the top down. Even now, the retired detectives and former crime reporters supplying the anecdotes can’t hide their delight at how grievous it was.”
Christopher Stevens, Daily Mail

“What larks it was being a bent copper in the 1970s. Regular bungs, free jewellery, Soho’s rich pornographers filling up your glass while buying you exotic holidays. I don’t know if it was deliberate, but Bent Coppers: Crossing the Line of Duty made it look such fun with its Sweeney-style energy and graphics like an a-ha pop video that I almost wanted to go back in time and apply to join.”
Carol Midgley, The Times

“The half-hour documentary followed [Altou] Mvuama as she found out more about Apetamin, the unregulated, unlicensed product whose side effects can include drowsiness, low mood, and, in extreme circumstances, liver failure. She was also deciding whether to take it again – the substance’s illegality and worrying effects balanced against her desire to succeed in her career and support her younger sister, despite the fact her mother ended up in a coma after taking it.”
Barbara Speed, The i