“For a crisp-crazed family like mine, Secrets Of Our Favourite Snacks was must-see viewing.” 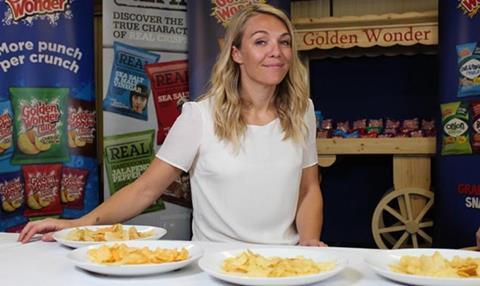 Secrets of Our Favourite Snacks, Channel 4

“For a crisp-crazed family like mine, Secrets Of Our Favourite Snacks was must-see viewing. Delving into the latest trends, like gourmet popcorn, Simon Rimmer and Sophie Morgan covered about as much science and statistical snack-based information as anyone could stomach. Unlike many a food programme, they didn’t make us feel wicked and dirty for enjoying our crisps either.”
Matt Baylis, Daily Express

“If the snacks were irritatingly self-indulgent, the show was not. Simon and co-presenter Sophie Morgan managed to cram in an entertaining history of telly ads for crisps, as well as a survey that proved we Brits are not only getting more pretentious … we’re increasingly greedy, too.”
Christopher Stevens, Daily Mail

“This programme was so much better than Gregg Wallace’s celebratory Inside the Factory about Walkers Crisps last year.”
Andrew Billen, The Times

“It seemed at first just another night in the First Dates restaurant. But who was this? Sara Rowbotham was by the bar waiting to be set up with a cool-looking Dutch woman. Nicky seemed moderately impressed with her story, but was even more impressed by her own life as a dog trainer with a gift for animal communication. It was certainly when the programme soured for me.”
Andrew Billen, The Times

“As always, the reality TV trimmings were the sole annoyance here. Contrived banter between the waiting staff and fortune cookie philosophising from maitre d’ Fred Sirieix wasn’t nearly as worthy of screen time as the voyeuristically riveting dates themselves. If they’d found love for Sara Rowbotham, though, I frankly would have forgiven them anything.”
Michael Hogan, The Telegraph

“One of the fascinating things about the history of this period, and one of the exceptionally well-played strengths of this short series, too, is how much it all boils down to personalities in the end. This final instalment had the flavour of a great movie, perhaps involving Bette Davis or Glenn Close in the starring role.”
Matt Baylis, Daily Express