Secrets Of The Krays; Leigh-Anne: Race, Pop and Power; Kew Gardens: A Year In Bloom; Saved by a Stranger; Halston; 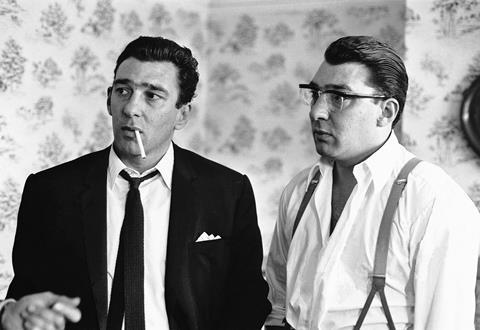 Secrets Of The Krays, BritBox

“It’s a smooth, highly professional production, supplying keen psychological portraits from people who knew the London crime brothers, as well as a thorough analysis of how they rose from petty thugs to West End celebrities, with pals in the arts and the Lords.”
Christopher Stevens, Daily Mail

“This is a transitional period in the world of fame, as celebrities move away from doling out media-trained platitudes. For a long time, a group like Little Mix would have kept their opinions to themselves, for fear of alienating fans or those in charge. But Pinnock gives the impression she has had quite enough of that.”
Rebecca Nicholson, The Guardian

“Told from Pinnock’s perspective, as the sole Black member of a pop band with a predominantly white fanbase, it goes to great efforts to present these issues in a way that might inform and educate the fans themselves. But more than that, Race, Pop & Power shows how keen Pinnock is not to position herself as a spokesperson for all Black female artists in the UK.”
Roisin O’Connor, The Independent

“It was nice escapist TV. Was this really the winter episode, though? Despite one rainstorm, the weather looked far nicer than I remember it being during the past couple of winters, when I lived permanently in thermals. Some of the staff were outdoors wearing only fleeces. Maybe Kew has its own microclimate.”
Carol Midgley, The Times

“Naturally, there are statistics by the wheelbarrow. But you can ignore those, and simply enjoy the spectacle of the towering pampas grasses getting their annual trim, and the 10,000 plants in the Temperate House being hosed down.”
Christopher Stevens, Daily Mail

Saved by a Stranger, BBC2

“Saved by a Stranger is a thoughtful and classy new take on reunion TV, feeding off human emotion, but never melodramatically so. It helps that many of these stories, while deeply personal and often traumatic, are set against larger historical events.”
Carol Midgley, The Times

“The show is trashy fun, but it could have been so much more. White and Murphy could have gone deeper into Halston’s psyche, but all we get are a couple of brief flashbacks to his unhappy childhood; when he is diagnosed with Aids towards the end, it barely elicits a shrug (what a contrast to Russell T Davies’s It’s A Sin).”
Anita Singh, The Telegraph