How to organise a successful virtual production shoot

Alexis Haggar of Lexhag VFX says the key is investing time in planning, having a highly skilled team working together, and shooting in the right digital environment 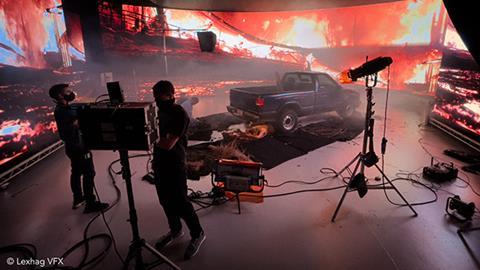 A recent UK report concluded that virtual production would be normalised and correspondingly cheaper within five years. But currently, the high costs, huge skills gap, and lack of hands-on experience across the industry can be seen as barriers to entry.

Virtual production is incredibly exciting, and interest from our clients shows no signs of slowing. We’ve used the techniques in a number of ways, but we get the most requests about shooting in an LED volume.

We’ve recently shot three different locations on an LED stage for a US-based documentary series with October Studios and 80six, which included scenes of a forest fire, a deadly snowstorm and an eye-witness account of nuclear testing in the desert.

During pre-production for a US-based documentary series, Lexhag collaborated with October Studio’s Art Department to plan each shot to ensure the digital environments would work with the practical elements on-set.

For these scenes, it’s easy to see the benefits of using an LED stage. The scenes are central to the story, are difficult or impossible to shoot for real and can be time-consuming and expensive to create in post. LED stages can also be useful for moving vehicle sequences, where shooting on-location can be logistically complex.

All the virtual production shoots we’ve completed had a high-end TV budget and impressive results, so I think shooting on an LED stage is well within reach of many UK TV and film productions.

I believe success comes down to three things – time invested in planning, a highly skilled team working together and the right digital environment.

Not every scene needs a Mandalorian-sized LED volume. We can employ other tools and tricks to maximise what we have with the proper planning.

The common expectation is that virtual production reduces post-production time, but capturing great results in-camera on the day requires work and budget to shift into pre-production. Early planning with a script and a storyboard allows you to identify areas where the flexibility of virtual production is a benefit, to maximise economies of scale and ultimately design bespoke solutions that work within the budget.

This is where the VFX supervisor’s expertise comes in, but unfortunately, many TV productions often don’t have in-house VFX supervisors to break down scripts and identify those early opportunities. When they can get a VFX supervisor involved early, it makes a huge difference.

We’ve also found that clients appreciate someone who can translate the jargon and bring a deeply specialised team together in a filmmaking context. Virtual production brings technologists and engineers together with traditional filmmakers unfamiliar with each other’s world. Having someone on-set who can bridge the gap between the director and the real-time engineer is key.

With previsualisation and shot planning, Lexhag can determine the size of the LED volume, the optimal distance between volume and set, and therefore the dimensions of the set.

Finally, capturing or crafting believable environments for an LED volume is critical and within the domain of a visual effects studio, but understanding how to make these digital environments interact seamlessly with the practical elements and live-action in-camera requires a broader understanding of the whole filmmaking process.

On a virtual production stage, you need an appreciation of how to make the background work with camera-tracking and real-time software. And, beyond the technology, you also need to know how to make the physical on-set elements, props, materials, the art direction, lighting, and atmosphere work together with the background to trick the eye and create a believable image.

When I’m on a shoot, I’m constantly looking for anything that will break the illusion. As a VFX supervisor, I have a sixth sense for it. But it’s my training as a director and experience with narrative-driven content that keeps me focused on the story.

Virtual production is an exciting new tool in our armoury and one we want to use to the best effect, but it’s not always the right solution. I believe great filmmaking will always be about captivating audiences with great stories. How we tell them will continue to evolve. 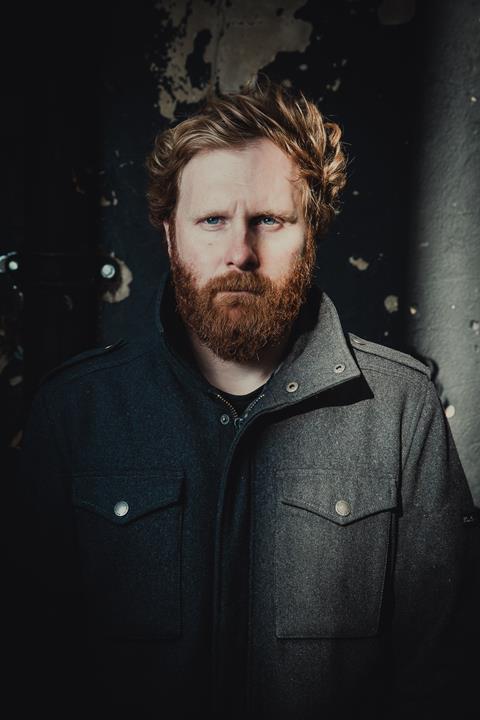 Alexis Haggar is VFX supervisor and founder of Lexhag VFX