The Last Miners; Back in Time for Brixton; Two Doors Down

“A sad-but-spirited documentary which recorded the last death rattle of an industry that was, in reality, killed off years ago.” 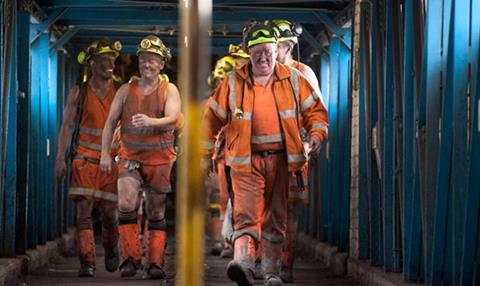 “A sad-but-spirited documentary which recorded the last death rattle of an industry that was, in reality, killed off years ago. What emerged was a portrait of tough men working in a truly challenging environment and the extraordinary sense of camaraderie evoked was second to none.”
Gerard O’Donovan, The Telegraph

“If departures lay thick as coal dust over the whole affair, that never stopped the first instalment from being full of warmth and humour. Few films about slow death manage to do their job with such dignity and humour, either.”
Matt Baylis, Daily Express

“It took all my powers of restraint not to dissolve into a blubbering wreck. This was compelling viewing, not least because mining remains a fascinatingly strange enterprise to those of us who have never plunged half a mile down beneath the earth’s surface to earn a wage.”
Hugh Montgomery, The i

“The only downside to an otherwise great documentary was the political preaching. The men’s stories were strong enough without the right-on lectures.”
Claudia Connell, Daily Mail

“The film avoided taking a party political stance and allowed the abiding sorrow at its heart to be the focus. You don’t have to be a bleeding-heart liberal or a romantic to mourn the death of a pit, and this last pit in particular.”
Lucy Mangan, The Guardian

“This was a job from another era. These men dealt with things that for everyone else in Britain exist only as metaphor. They understood bedrock, they sought out motherlodes. They actually worked at the coalface. What would they do now?”
Catherine Nixey, The Times

Back in Time for Brixton, BBC2

“It was an unfashionably uplifting story of immigration. It didn’t gloss over the difficulties but it nevertheless showed how it can work, on a micro- and macrocosmic level, at least before … well, before all the things that are currently bogging us down in the mire of unhappiness.”
Lucy Mangan, The Guardian

“With Giles Coren and social historian Emma Dabiri providing plenty of context, the result was a politically weightier edition of the show. It often seemed as if a mirror was being held up to our own times and current attitudes towards immigration, though the point was hardly laboured.”
Gerard O’Donovan, The Telegraph

“The programme carefully reconstructed the damp wallpaper, dire food and dismal living spaces that those who came over on the Windrush experienced, but obviously went light on reconstructing what a BBC broadcast from the period called ‘race-eal violence’. Nevertheless the programme’s set-up came with its own awkwardness as Coren had to dole out meagre rations of suet pudding to the ‘newly arrived’ family.”
Catherine Nixey, The Times

“Two Doors Down is a beautifully observed, genuinely funny comedy about the hell of feeling compelled to socialise with people just because you inhabit the same stretch of pavement. There were some killer one-liners in last night’s series opener with the female cast members completely stealing the show.”
Claudia Connell, Daily Mail