“This fluent documentary added little to our understanding of the gangsters and their pathetic ‘turf war’, but shed interesting light on police methods” 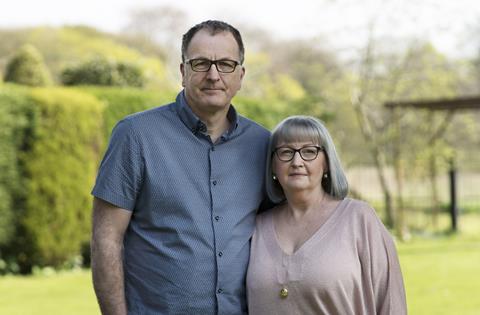 “This documentary about the horrific shooting of the 11-year-old as he walked home from football didn’t tell us much we didn’t already know from the trial or Little Boy Blue, the estimable drama it inspired. But it did allow us to hear for the first time startling recordings from bugs police placed in the homes of various teenage gang suspects. Even when you know what kind of people they were, it’s still shocking to hear two parents helping their son to burn a Sim card when a child is in the morgue.”
Carol Midgley, The Times

“What this film did very well was show the extraordinary intricacies of the case Detective Superintendent Dave Kelly and his team had to so painstakingly put together before they eventually had enough evidence to convict. Susanna Reid’s interviews with Rhys’s parents Mel and Steve were also a heart-breaking reminder of the fact that no matter how many years the convicted killer, Sean Mercer, went down for, they were the ones left serving a life sentence.”
Gerard O’Donovan, The Telegraph

“As the programme delved into the investigation, talking to detectives who’d worked on the case a decade ago, as well as Rhys’ still shattered mum and dad, one thing became very clear. Not one of these ‘gangsters’ was John Gotti. The covert police recordings revealed the truth, little boys who needed their mums and dads to help them cover up the crime.”
Matt Baylis, Daily Express

“This fluent documentary added little to our understanding of the gangsters and their pathetic ‘turf war’, but shed interesting light on police methods.”
Christopher Stevens, Daily Mail

“We live in strange times when a programme about the murder of a child is capable of bringing solace. But as the old rules are set aflame and what were, seemingly only days ago, generally thought of as basic, irreducible human decencies burn to ashes round us, the dogged determination to pursue justice and hold a perpetrator accountable for what he did and the illimitable grief he caused feels like something for us to cling to.”
Lucy Mangan, The Guardian

“When Million Pound Menu launched six weeks ago it felt like a not-half-bad idea for a new series. Six weeks on, and the novelty has definitely worn off – partly because the quality of the talent on display has not lived up to the promise of that first episode, but mostly because the willingness of the investors to put money where their mouths are seems to have dried up. Last night’s final episode was especially underwhelming.”
Gerard O’Donovan, The Telegraph