“Slow-burning fare, but just when you began to grow impatient, there would be another twist or goosebump-flaring moment” 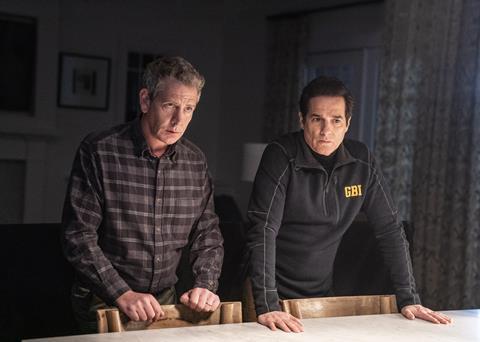 “The stylings were suitably gloomy. The colour palette was all shades of slate grey and midnight blue. The pulsating soundtrack was ominously sparse and discordant. This was slow-burning fare, but just when you began to grow impatient, there would be another twist or goosebump-flaring moment.”
Michael Hogan, The Telegraph

“The performances are good, but the jumping storyline, the longueurs and the commitment to filming everything in semi-darkness and/or from five metres away, through others rooms and doorways, work hard against them.”
Lucy Mangan, The Guardian

Catching a Killer: A Diary from the Grave, Channel 4

“One word could describe Catching a Killer: A Diary from the Grave — exceptional. You might add two more: “extraordinary” and “riveting”.”
Carol Midgley, The Times

“Less a police procedural and more a meditation on isolation and how vulnerable elderly people can be.”
Rupert Hawksley, The i

“I ignored the show’s revival in 2016, having not missed it in the intervening years. But with last year’s series I fell for its charms. It may be a soap opera, but it’s a superior one.”
Anita Singh, The Telegraph

“It is as off-the-peg slick and shiny as ever. Yet you already get a sense that it is struggling for storylines and needs new characters desperately because the “Adam and Karen in love” story could become very boring very quickly and I already don’t much care.”
Carol Midgley, The Times

“The documentary about the predatory Ball, who wheedled and bullied young men into submission at his ‘spiritual retreats’, pulled few punches. One of his victims, now middle-aged, commented at the start of the programme: ‘How rotten and corrupt and even evil the pervading culture and leadership of the Church of England is.’”
Christopher Stevens, Daily Mail