TV Critics: The Passengers That Took On the Train Line; Ackley Bridge; The Dressing Room

“The journey to inevitable disappointment is fascinating.” 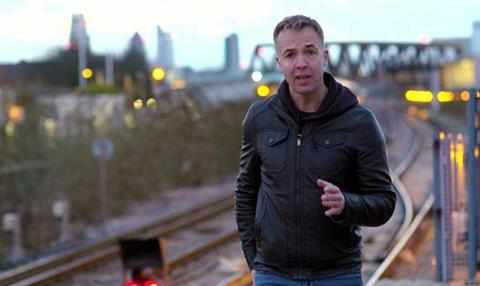 The Passengers That Took On the Train Line, BBC2

“The journey to inevitable disappointment is fascinating and Jacques Peretti is a reliable driver who gets us where we need to go on time. Which, I warn you, is a place of rage at the disgraceful state of our privatised railway system.”
Chitra Ramaswamy, The Guardian

“Peretti made an engaging guide, despite his distractingly hirsute arms and mild resemblance to Tweety Pie. Although the film’s fanciful premise hit the buffers, it still did worthwhile work in exposing the process.”
Michael Hogan, The Telegraph

“The programme rightly exposed the design faults in our rail franchise system and, to be fair, did not recommend renationalisation, but an overhaul along Swiss lines. However, Peretti smuggled his left-wing agenda in under the cover of a Titfield Thunderbolt reality show. He set up a giant Aunt Sally and it duly toppled.”
Andrew Billen, The Times

“This being the Beeb, there was not a hint that Brexit could be the salvation of our crumbling network. Yet surely it offers the opportunity to boot the Euro fat-cats off the boards of our train companies. This was a disheartening and frequently dull documentary.”
Christopher Stevens, Daily Mail

“While it’s inspiring to see people finding a common cause and working together, this was essentially a non-story. Despite the talents and tireless energy of the new group, the Department of Transport made it clear that they’d never had a rat’s chance of getting their tender considered.”
Matt Baylis, Daily Express

“The fight was too big and the challenge too unprecedented. The outcome, in the end, was completely predictable. Still, I enjoyed – if only for an hour – the idea that a band of beleaguered yet determined commuters could successfully bid for, buy and run the Southeastern rail network.”
Chloe Hamilton, The i

“Ackley Bridge has the potential to say something fresh about race, class and education in the 21st century. If only it had the courage of its convictions and dropped the soapy filler about teachers’ love lives.”
Michael Hogan, The Telegraph

“The dialogue is unconvincing, of course. And most of the ‘child actors’ appear to be in their 20s. But since the demise of BBC’s Waterloo Road, telly has been crying out for a classroom melodrama, where not a lesson goes by without a gymslip pregnancy, an arson attempt and a spot of canoodling in the stores cupboard between the maths mistress and the head of English.”
Christopher Stevens, Daily Mail

“In just one episode, we saw an improbable Dangerous Liaisons style plot, another one, not unlike Cyrano de Bergerac, firing up while Nas confessed not only to her sexuality but to her relationship with a teacher. In six months’ worth of soap opera, stories like these would have time to develop. In six episodes, they feel like saturation bombing.”
Matt Baylis, Daily Express

“I expected flannel-slapping, crudity and pixelation. Instead we heard men (more than the women, actually) talk about their relationships, sick relatives, bereavement and, above all, their teams as secondary families. It was tender and it was funny.”
Andrew Billen, The Times