The Truth About Carbs; Grenfell: The First 24 Hours; Who Do You Think You Are?

“The Truth About Carbs was a fun, accessible documentary” 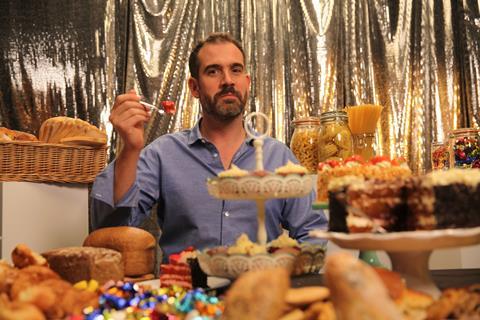 The Truth About Carbs, BBC1

“Unlike many health documentaries it offered proper science and useful facts about good and bad carbs, such as that if you toast bread straight from frozen it’s less fattening. What? Why haven’t we been told this before?”
Carol Midgley, The Times

“The Truth About Carbs was a fun, accessible documentary complete with animations, demonstrative props and a visual experiment in which he asked people to measure out the sugar cubes found in foods from a bagel to a muffin. Dividing them simply into three types of carbohydrate, van Tulleken clearly got his message across about the importance of healthy, resistant starch in the diet.”
Elisa Bray, The i

“He was basically telling us to eat less starch and sugar, and eat more fibre. All of which, put like that, didn’t sound like particularly new or radical advice, nor especially hard to put into practice.”
Mike Ward, Daily Express

“Grenfell: The First 24 Hours was one of a number of documentaries marking the first anniversary of the tragedy, which left 72 dead and hundreds more homeless in June last year. The spare, deceptively simple format – juxtaposing eyewitness phone footage of the fire as it progressed, alongside the testimony of survivors, bereaved relatives and a fireman on duty that night – made it one of the most affecting.”
Gerard O’Donovan, The Telegraph

“Raw and totally devastating viewing, but without being voyeuristic, it was a powerful documentary that will stay with people for a very long time.”
Claudia Connell, Daily Mail

“This was the human story revisited, as sobering first-hand accounts and powerful personal footage took us back to the awful events of June 14 last year.”
Mike Ward, Daily Express

“Michelle Keegan’s episode involved less of the contrived melodrama that we sometimes get, with celebs gasping in faux wonder at every minor discovery. It was a decent enough episode in which Keegan deserves credit for not blubbing, but the timing still felt like a juicy plug for the new series of Our Girl.”
Carol Midgley, The Times

“It was all good, emotionally engaging stuff; exactly what makes Who Do You Think You Are? so popular.”
Gerard O’Donovan, The Telegraph

“What this episode lacked in surprises, it made up for with personal warmth and tenderness towards humbling stories of lives past. As much a history documentary about the Blitz and the fate of Gilbraltar during the Second World War as it was about Keegan’s make-up, it proved how endlessly fascinating it is to travel back in time to uncover the lives of ordinary families.”
Elisa Bray, The i

“Marti Noxon’s adaptation keeps all that was true, good, funny and necessary about the book and adds more. All in all, a delicious, satisfying and moreish meal. One to binge on and not feel a moment’s guilt about.”
Lucy Mangan, The Guardian