The Victim; The Widow; A House Through Time

“Thanks to the ingenuity of the script, and the quality of the performances, the more questions this drama asked, the more it drew us in” 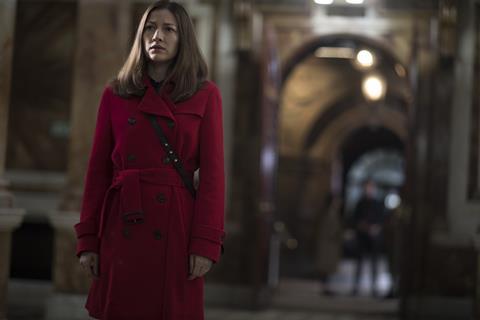 “It too took a while to warm up. When it did, though, I think it promised something special. The plot sensitively walks a tightrope between showing the dangerousness of online citizen justice, but also how desperate, impotent victims such as Anna feel it is their only recourse. It promises to be a painful, but immersive four hours.”
Carol Midgley, The Times

“Where was the balance of law and justice in all this? That was the sizzling moral puzzle The Victim set us, which only grew more complex and absorbing as it progressed. Thanks to the ingenuity of the script, and the quality of the performances, the more questions this drama asked, the more it drew us in.”
Ben Lawrence, The Telegraph

“There are, as you always hope for in the opening episode of a thriller, cross-currents meeting cross-currents and whirlpooling hints and possibilities, leaving the viewer bedraggled, with more questions than answers by the end. It is a study in how willing and able we are to embrace nuance, accept degrees of sympathy and culpability, how we allocate compassion, how we protect ourselves with denial, and how we seek to avoid or spread the moral load.”
Lucy Mangan, The Guardian

“Instead of focusing on the usual ‘Do we have a right to know?’ and ‘Does evil last forever?’ moral dilemmas, this convincing, gloomy drama focused on the court case, and was littered throughout with clanging red herrings. Much of the set-up felt predictable, and while Kelly Macdonald was not persuasive enough – there has been no real pain in her performance so far – John Hannah was the driving force, as the investigating detective, with (tritely) a dark past of his own.”
Sarah Carson, The i

“So far, the set-up feels strained, not least because John Hannah’s detective shows no interest in finding the thug who tried to cut Craig’s throat with a scythe while dressed as Death. It wasn’t gripping. At one point, my attention wandered so far that I found myself thinking how much actor Ramon Tikaram (playing a solicitor) looks like the singer from Roxy Music.”
Christopher Stevens, Daily Mail

“It had an intriguing, if mad, plot, huge ambitions spanning three countries and complex strands including Congolese child soldiers. Unfortunately, the dialogue hadn’t quite got the memo. For such a vaulting project, some of it was comically corny. The Williams brothers, who wrote it, risk viewer apathy by overcomplication and thin characterisation.”
Carol Midgley, The Times

“A script bedevilled by a plot that jumped confusingly forward and backwards in place and time, and that was packed with ill-defined characters whose only role was to tell Georgia her own back story, or to signpost future plot developments in the clunkiest manner imaginable. I couldn’t bear to sit through another seven hours of this silliness.”
Ben Lawrence, The Telegraph

“The backdrop of civil war in the Democratic Republic of the Congo is straight out of Frederick Forsyth via John le Carré, but the plot is pure feminine psychodrama, like Gone Girl or The Girl On The Train. As yet I’m not convinced by Kate Beckinsale. Like another movie star, Richard Gere in MotherFatherSon, she looks too smooth, too permatanned and pampered to be believable as the dogged investigator plunging into Africa’s slums. But the supporting cast make it easy to overlook that.”
Christopher Stevens, Daily Mail

“It’s a terrific series – educational (but not in the usual GCSE way that mars so many documentary series) and often very moving in its snapshots of forgotten lives. The idea of examining the history of a house over 200 years is simple, but the ghosts it necessarily summons are complex and varied.”
Ben Lawrence, The Telegraph