“The scene is set for revenge, recriminations and revelations after the enjoyably strange opening.” 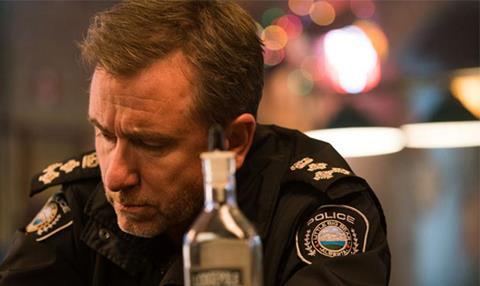 “Tin Star is an altogether more potent prospect. The plot and performances have you slavering for more from the off.”
Lucy Mangan, The Guardian

“This has all the weird, sinister qualities of Fargo but with a vital extra ingredient: Tim Roth. Christina Hendricks is deftly cast as a ball-busting, oil-refinery big cheese. But it is the glimpses of Jim’s apparent dark alter ego that make this so thrillingly promising.”
Carol Midgley, The Times

“Cinematically shot and twangingly soundtracked, Tin Star was a noirish thriller. Its backwoods setting and eccentric townsfolk would have rung bells for Fargo fans, while Roth was quietly charismatic. The script was gratuitously foul-mouthed, though.”
Michael Hogan, The Telegraph

“The family dynamic is believable and heartwarming. Hendricks makes a compelling and atypical antagonist, while Roth brings a rounded intensity to his role that is consistently engaging. One thing’s for certain: the scene is set for revenge, recriminations and revelations after the enjoyably strange opening.”
Mark Butler, The i 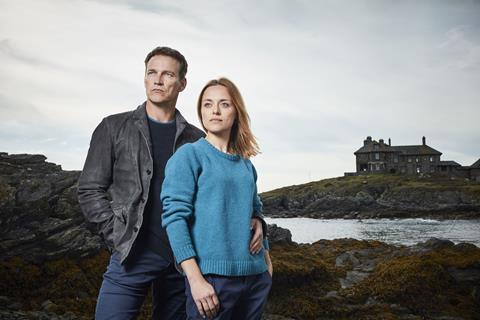 “The new Safe House performs the same function as the original, delivering a serviceable plot without demanding too much in the way of intellectual or emotional investment. It will do for a rainy autumn evening.”
Lucy Mangan, The Guardian

“The second series had a new cast, location and case. Unfortunately, it also had the same far-fetched premise. Even worse, it all felt wearyingly generic.”
Michael Hogan, The Telegraph

“It’s all tosh but it does co-star the brilliant Jason Watkins.”
Christopher Stevens, Daily Mail

“It is beautifully shot and exudes a quality that suggests the violence won’t be entirely gratuitous. It is also very creepy.”
Carol Midgley, The Times

Tribes, Predators And Me, BBC2

“While Bear Grylls torments his gaggle of dim narcissists on Celebrity Island under the pretext of showcasing survival skills, wildlife cameraman Gordon Buchanan has some genuine advice for castaways. All this was far more entertaining than the self-pity and attention-seeking of the Bear Grylls bunch.”
Christopher Stevens, Daily Mail

“An enjoyable hour of Gordon trying to master spear fishing, trying to conquer his terror of sharks and trying to understand why this unique island life was threatened. There was enough in there, from the sheer beauty of the underwater footage to the delight of the islanders when Gordon gave a village screening, for a story to be unnecessary.”
Matt Baylis, Daily Express