Top Gear executive producer Lisa Clark is to leave the rebooted motoring format after just five months in the role. 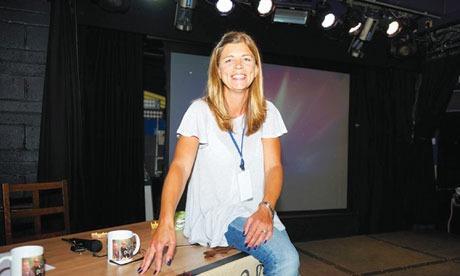 Clark, who was hired in July to replace former exec Andy Wilman, is leaving the Chris Evans-fronted version midway through production and ahead of its May debut.

The Pett Television founder will unveil her “new projects” in the new year.

Clark has overseen pre-production and has led early shooting with Evans at the Dunsfold Aerodrome in Surrey. Alex Renton, who has been series editor of Top Gear for 10 years, will oversee the show until a new exec producer is hired.

The BBC stressed that the decision was taken mutually and there is understood to be no discord with the broadcaster or Evans and the Top Gear production team.

In-house entertainment and events controller Katie Taylor is expected to lead the hunt for a new exec producer - with an appointment likely to be made in January.

Clark previously worked with Evans on C4 entertainment show Don’t Forget Your Toothbrush and The Big Breakfast, before leaving Pett to be reunited with the presenter after he was recruited to replace former Top Gear host Jeremy Clarkson.

The revamped format has already attracted international attention after BBC Worldwide launched the show during a high-profile at Mipcom in Cannes. Evans offered buyers a sneak peak of his plans, which are thought to include live elements, during the event at the Fives Seas Hotel in October.

“After an extremely busy five months I am moving on from Top Gear to new projects which I will be announcing in the new year,” said Clark. “I’d like to wish production all the very best with the show.”

A BBC spokesperson added: “We’d like to thank Lisa for all her incredible work over the last five months readying new Top Gear for its busy filming schedule in 2016 and planned return in May.”