“Raw and sometimes unbearable, this was a brave piece of television.” 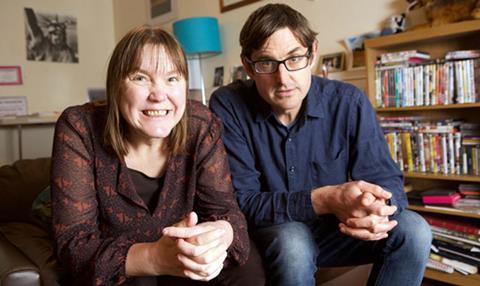 “A heart-wrenching and thought-provoking film. Theroux offered a poignant portrait of people ‘caught between old and new selves’. Raw and sometimes unbearable, this was a brave piece of television.”
Ceri Radford, The Telegraph

“As so often with Theroux’s subjects, their behaviour looked at first borderline comic. As so often, Theroux insisted we see the people trapped within it, bewildered, lonely, bereft of themselves.”
Andrew Billen, The Times

“It was less black humour, more the beige shade of a nice cup of tea; soothing and enjoyable, if lacking in bite. While there were some weak patches in the first episode, Mum looks set to be a stronger take on the trials of the M&S set than BBC1’s Boomers.”
Ceri Radford, The Telegraph

“It’s somehow familiar; the characters are believable, three-dimensional ones. So what’s the problem? Well, it’s inevitably going to get compared to Him & Her, one of the best TV comedies of recent times. And it doesn’t quite compare – not so far, anyway. This is a bit more grownup, but Him & Her was ruder, more visceral, sexier and – vital for a comedy – funnier.”
Sam Wollaston, The Guardian

“Ben Power’s efficient reduction of the three Henry VI plays into two meant that, in this episode in particular, the next battle or betrayal was always queuing up on the runway. But even in a bloody carnival of frantic side-swapping and vengeful retribution, there was never a chance of getting lost. This was a breathless, brilliantly assured adaptation.”
Jasper Rees, The Telegraph

“Do not misunderstand me, I love The Hollow Crown. The battle scenes were terrific, the actory business inspired, and the visual symbolism eloquent. But Dominic Cooke has so rewritten the three Henry VI plays that I would no more recommend them to a student than I would advise them to spend the evening before their GCSE on Oliver Twist watching Lionel Bart’s Oliver!”
Andrew Billen, The Times

“I do think it says something about how we lead our lives, pretty much every aspect of our lives, through our phones. And maybe more important, given that it is television, it is entertaining. And amusing. I’d much rather watch this than Bear Grylls, doing it the right way.”
Sam Wollaston, The Guardian