“If this was art imitating life then life was imitating a rather corny 1950s B-picture.” Read on for the verdict on last night’s TV. 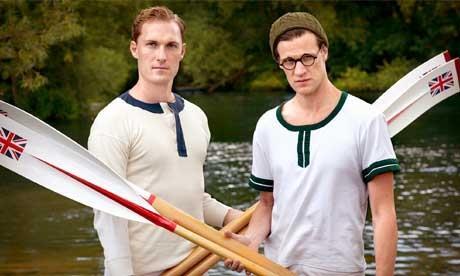 “There’s a nostalgic, rose-tinted, Hovis-ad feel to this film. Things may have been tough back then, but by golly, people had more honourable motives.”
Sam Wollaston, The Guardian

“I don’t know how far Ivory’s script stuck to the known facts but if this was art imitating life then life was imitating a rather corny 1950s B-picture.”
Tom Sutcliffe, The Independent

“Scriptwriter William Ivory’s account of the 1948 Games managed, like the best Dickens tales, to be funny and sweet and moving in spite, or possibly because, of the two dull men at the heart of it.”
Matt Baylis, Daily Express

“It was as if the drama didn’t know whether it was competing in the javelin or the custard-pie contest, as it swung between weight-of-the-world earnestness and soft-focus fun.”
Alex Hardy, The Times

“Of all the reasons not to own a snow leopard this, I think, must be the most powerful.”
Matt Baylis, Daily Express

A History of Art in Three Colours, BBC4