“A thoughtful – and often disturbing – analysis of modern life.” 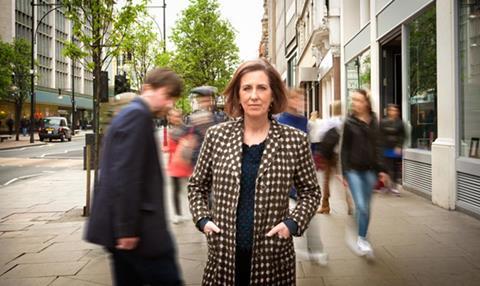 Blurred Lines: the New Battle of the Sexes, BBC2

“What was so impressive about this exemplary hour was that Wark investigated as if in the spirit of genuine inquiry, apparently anxious not to bring her Seventies conditioning to the Twentyteens or to miss the joke.”
Andrew Billen, The Times

“There was enough depressing material here to have made several hours of hand-wringing, what-sort-of-a-society-have-we-turned-into documentary footage. Wisely, Wark kept it down to the choice examples and spent more time trying to find out why.”
Matt Baylis, Daily Express

“It was a busy hour, but illuminating and stimulating where it could easily have become either baffling or simply a deadening roar of white noise.”
Lucy Mangan, The Guardian

“His homage to the cuisine of the Raj ought to have been mouth-watering. Instead, it was revolting: an hour of Blumenthal curries and you began to understand why Gandhi was so keen on hunger strikes.”
Christopher Stevens, Daily Mail

“This was much funnier than Ja’mie: Private School Girl. It’s not that 39-year-old Lilley is more convincing as 14-year-old schoolboy Jonah than as 17-year-old schoolgirl Ja’mie, it’s that Jonah from Tonga appears to have found a format that better suits the material.”
Ellen E Jones, The Independent

“Jonah just feels like a mickey-take of a genuinely disadvantaged group of people. If a British show featured a blacked-up actor pretending to be a youngster from a housing estate in London, it would rightly be canned. Lilley’s creation deserves the very same.”
Matt Baylis, Daily Express

“Veering between dark humour and raw emotion, it was a comedy that made me think. In an era when television is dominated by real-life dramas, this was a good antidote: an escape from reality into the absurd.”
Sarah Rainey, The Telegraph

“Shot in expressionist monochrome, Nosferatu in Love was either a disquisition on the loneliness of the unloved male or else a protest at long film shoots abroad. Either way it was rather sad, rather funny and rather well done.”
Andrew Billen, The Times