“It was as if Victoria Wood had rewritten The Full Monty.” 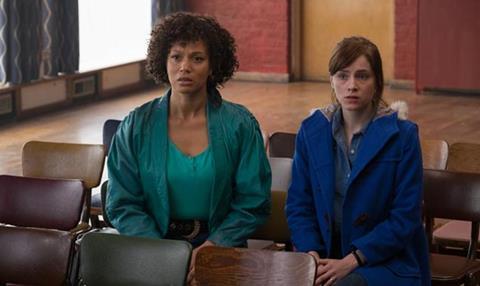 “It’s fun. Just good enough to while away an hour without making you want to throw something at the screen, and just bad enough to make your eyes mist with longing for the great days of Making Out, Clocking Off, Playing the Field and assorted other Horsfield, Abbott and Mellor masterpieces.”
Lucy Managan, The Guardian

“This first episode was a revelation: frank, funny, and full of heart. It was as if Victoria Wood had rewritten The Full Monty.”
Michael Hogan, The Telegraph

“The tone was all very The Full Monty, but with women and vibrators instead of men and police uniforms. The four empowered-to-be women made this very watchable, not least Penelope Wilton as a woman in a stultifying marriage to Brian the butcher.”
James Jackson, The Times

“With its bleak northern setting and its sturdy female leads, new drama Brief Encounters is like Educating Rita – but with knickers. It was all quite jolly and not always that predictable.”
Matt Baylis, Daily Express

“This tale of X-rated Tupperware parties in Eighties Sheffield was about as sexy as a nylon nightie from C&A.The realism was largely wasted by the storyline, a predictable tale of women’s lib in the suburbs.”
Christopher Stevens, Daily Mail

“It was all very lovely but it felt like a travel documentary, replete with thematic echoes, and very little science. This may be what’s needed when you’re making the jump from BBC2 to the wider audience of BBC1, but I hope the next three episodes harden up.”
Lucy Managan, The Guardian

“Here was some of the most eye-boggling photography seen outside Planet Earth. The footage of crowds in Catalonia competing to build the highest human tower (to explain the laws of shape and gravity) was as dazzling a blast of colour and dynamics as any advert for HD plasma screens.”
James Jackson, The Times

”Forces Of Nature was an absorbing and beautiful programme. It didn’t attempt to explain anything too complex: we learned how ice crystals form and why bees build hexagonal grids in their hives. But it did it with a slow and druggy cascade of gorgeous high-definition images.”
Christopher Stevens, Daily Mail

“Really this was five lovely little films, loosely linked. Using the latest technology and seeking out astonishing locations is an artform in itself and many of the images here – overhead shots of Catalonian crowds, Himalayan mountainsides, underwater icebergs – were cinematically stunning.”
Michael Hogan, The Telegraph

“The show follows real-life examples to invigorate what could otherwise be dull formulae. The only thing I struggled to grasp: quite how icebergs form. Still, at least I could look on their beauty and marvel.”
Rob Epstein, The i

“If there is a more inconsequential, vacuous waste of airtime than Rich Kids of Instagram, I’ve yet to see it. There’s absolutely no depth, no sense of what insecurities lie behind their insane, inane spending. It’s just fast car, fancy watch, vroom-vroom jet ski and rather too many bums in bikini bottoms.”
Rob Epstein, The i