“With a little more scientific and historical rigour it could have worked, but this slapdash approach underestimated the intelligence and attention span of its audience.” 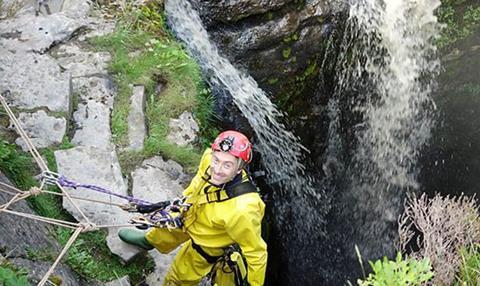 Britain Beneath Your Feet, BBC1

“It was, in essence, Ripley’s Believe It Or Not! Museum in televisual form. Spectacles were presented, briefly admired, and then abandoned for the next thing. There was no overarching theme. In a programme whose very premise begged the makers to go deeper, it was immensely frustrating.”
Sam Wollaston, The Guardian

“What an interesting, if ridiculously diffuse, programme this was. Broadcast so soon after news of John Noakes’s accident in Majorca, Britain Beneath Your Feet was, among other things, a splendid tribute to the spirit of Blue Peter.”
Andrew Billen, The Times

“Presenter Dallas Campbell has the effervescent enthusiasm of a nerdy 12-year-old — as though, in an underground lab, geneticists had been combining the DNA of Professor Brian Cox, Ben Fogle and a labrador, to create the ultimate all-action, eager TV boffin. You can’t shut him up.”
Christopher Stevens, Daily Mail

“In an entertaining and often surprising science show, the capable Mr Cambell explained how much of what we see above depends on what’s going on below.”
Matt Baylis, Daily Express

“Our host was nothing if not enthusiastic, but this was television wide-eyed and empty of brain. With a little more scientific and historical rigour it could have worked, but this slapdash approach underestimated the intelligence and attention span of its audience.
Gabriel Tate, The Telegraph

“The title Career Criminals suggests the sort of hardened gangster that Ray Winstone might play in a film, but all we got here were two brothers up to no good on a Dudley council estate. Older, Fagin-like character nicknamed Pigeon would have made a much better subject for this one-off documentary.”
Ellen E Jones, The Independent

“By documentary-making standards, Ben was an unrewarding subject – unreflective, uncharismatic and unsalvageable. I’d also like to have heard whether the force’s strategy of harassing repeat offenders should ever really have been considered a thing outside some twit-brained politician’s Bright Ideas memo pad.”
Sam Wollaston, The Guardian

“The documentary, despite a brief mention of local unemployment, scarcely dug deeper into Ben’s motives, his family situation or his way out of crime. One other thing: no one is a ‘career criminal’ at 19. You are an apprentice, at most.”
Andrew Billen, The Times

“Clearly this was Channel 4 trying to bring a hint of humour to breadline Britain, having drenched the screen in despair and anger with Benefits Street. It was an appealingly low-octane, low-key affair, but the failure to explore their impact on the majority of law-abiding locals was a major omission.”
Gabriel Tate, The Telegraph

“Superhospital achieves a brilliant balance, emphasising the upbeat optimism of the 8,000 staff who keep this NHS metropolis, Royal Derby Hospital, running, while acknowledging that no amount of positive thinking will always keep tragedy at bay. Moving and life-affirming, Superhospital should be available on prescription.
Christopher Stevens, Daily Mail