“The moral of the film was that love is never all you need.” 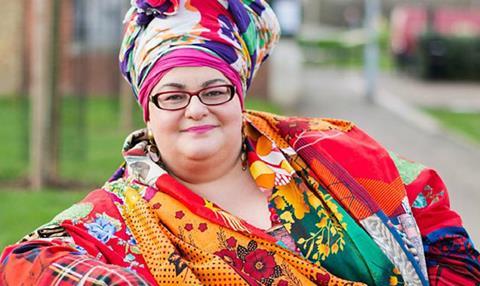 “I’ve read the papers and watched Newsnight and everything, but this is a different view. It is – as it says on the tin – the inside story; it’s damning, but also, weirdly, a little bit vindicatory.”
Sam Wollaston, The Guardian

“As the film progressed, [Lynn] Alleway became increasingly frustrated by her subject, whose delivery was unnerving.”
Amy Burns, The Independent

“Alleway wasn’t especially keen to expose her subject as paranoid, narcissistic, belligerent, manipulative, self-pitying, evasive, irresponsible and needy. But [Camila] Batmanghelidjh didn’t give her much other material to work with.”
Jasper Rees, The Telegraph

“The terrible thing was, one realised, she was actually enjoying some of the drama. Alleway never doubted the woman’s motives, but the moral of her film was that love is never all you need.”
Andrew Billen, The Times

“A war game this time, but one that – because of Ukraine, as well as Russia’s behaviour in Syria – doesn’t require any great leap of the imagination … It has the power of reality, the tension of courtroom drama, and the outcome of … nightmares.”
Sam Wollaston, The Guardian

“It started out as quite a dull discussion but as the hypothetical situation escalated – and boy did it escalate quickly – it fast became compelling, if not terrifying, viewing.”
Amy Burns, The Independent

“The scariest television since the Doctor Foster dinner party … The producers had rigged the narrative to include an ‘accidental’ Russian nuclear strike on Nato warships. The brass in the fake cabinet committee room nevertheless looked as shaken as I felt.”
Andrew Billen, The Times

“The heart of the programme was in the unscripted what-if discourse by the very senior figures who, a decade ago, might have been doing this for real.”
Jasper Rees, The Telegraph

The Crusades: A Timewatch Guide, BBC4

“Historians like criticising one another. They also seem to love making random, silly links between things to the detriment of everyone. On this point, Dr Asbridge’s programme was strong, listing all the occasions TV historians and others have made lazy, ill-informed links between 11th-century Europe and today.”
Matt Baylis, Daily Express

“Here, at last, is a setting that does justice to the idea, a vast, beautiful land conquered and created by trains.”
Matt Baylis, Daily Express