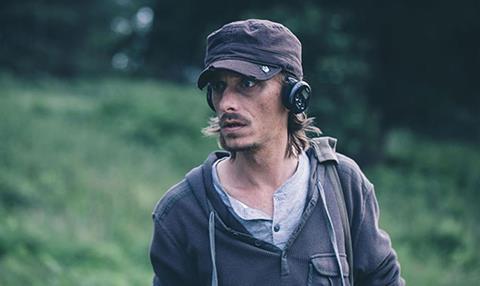 “There is something peculiar British about grown men who choose to pursue some sort of weekend obsession in the company of like-minded men rather than hang out with their wives: it’s a tradition splendidly mined in the new sitcom Detectorists.”
Matt Baylis, Daily Express

“I dislike labelling comedy as “gentle” as it implies “not as funny as it could be”, but Detectorists was both funny and gentle – Crook, who wrote and directed the series, plainly loves the odd couple he has created and he wants us to like them, too.”
Benji Wilson, The Telegraph

“I tried to care but couldn’t. Speeches are as clunky as clogs on cobbles and characters are as dull as smog, while every scene seems to be stuffed with lingering, award-winning and ultimately indulgent shots of curling smoke and arcing bloodspray.”
Matt Baylis, Daily Express

“It wasn’t bad; indeed, it was conspicuously original, being a story about a bunch of sharp-suited gangsters set in post First World War Birmingham. The last time TV paid any attention to Birmingham, as far as I recall, was Pebble Mill at One, so it was nice to see our second city get a look in for once.”
Benji Wilson, The Telegraph

“Every scene is visually perfect,  lit by gouts of flame or prisms of broken light. Freezeframe at any point, and the scene is as stylized and composed as an oil painting. If there was a Baftas category of Best use of colour, director Colm McCarty  ought to win…”
Christopher Stevens, Daily Mail

“Maybe I’m not supposed to, but I still can’t quite take Peaky Blinders very seriously though. There’s something cartoonish, parodic even, about it. Boardwalk Empire relocated to the West Midlands. Bullring Empire?”
Sam Wollaston,The Guardian

“The show-off soundtrack, the roving accents, the clunky explosion – there were plenty of reasons to give up on Peaky Blinders during its first series, but this stylish, flawed drama still built up enough of a following to justify a  second series.”
Ellen E Jones, The Independent

“The result was a mish-mash that dipped into archives, interviewed servants’ descendants and pottered round the opulent rooms, without reaching any real conclusions.”
Christopher Stevens, Daily Mail

“Scrotal Recall is quite romantic, thanks to a neat, How I Met Your Mother-style  series structure.”
Ellen E Jones, The independent

“Also with drunkenness, and falling over, and bodily fluids. And it’s very funny. I already hope it gets recommissioned. I can live with the title.”