“This episode’s script was buffed to a lustre that would make Carson proud.” 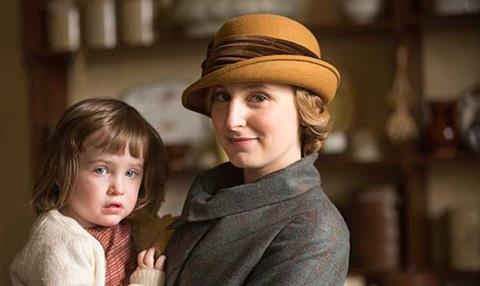 “The shocking revelations injected a well-needed dose of suspense into Downton and kept things compelling despite the rehashed storylines.”
Neela Debnath, The Independent

“This episode’s script was buffed to a lustre that would make Carson proud, with pithy one-liners on everything from the status of royalty to third footmen. As the series wears on, let’s hope for plenty more sparkle – and not too much leaden melodrama.”
Ceri Radford, The Telegraph

“In distant corners of the internet, telly addicts gather to share short stories called ‘fan-fics’, describing trysts between favourite TV characters. It’s possible that this weekend’s Downton was written by one of these fans.”
Christopher Stevens, Daily Mail

“I wouldn’t say the second episode represented the show’s writer Julian Fellowes at the top of his game but it certainly hinted at better things.”
Matt Baylis, Daily Express

“There are times when the continuing adventures of plucky Army medic Molly Dawes look like a recruitment film that’s been drafted by a committee. Somehow, though, by the time you’re watching the inevitable jeopardy sequence at the end you realise that there’s a reason you are still here watching.”
Matt Baylis, Daily Express

“Originality is not exactly the word for Our Girl. What is new is that the BBC is finally dramatising a war that has cost more than 450 British lives. If the First World War drama The Crimson Field was cancelled to finance this, it did not die in vain.”
Andrew Billen, The Times

Songs of Praise: Gospel Choir of the Year, BBC1

“Gareth Malone’s efforts to wring a melody from City bankers and firefighters in The Choir are always admirable, but this was a welcome opportunity to hear what a well-rehearsed, professional singing group can sound like. Plus the laid-back attitude of the competitors made for a refreshing change.”
Ellen E Jones, The Independent

“What made the show special was the sheer quality of the performance — the choirs weren’t judged on their looks or how young they were, but on their singing.”
Christopher Stevens, Daily Mail

“This is a series from the art house, with hand-held cameras, allusive musical montages and characters we are not introduced to, but it is also a very funny Jewish family comedy complete with condo-snobbery and doctor jokes. Battle through the Amazon website and sample it.”
Andrew Billen, The Times