“These characters exist in such a gilded environment that it is difficult to care about their lives.” 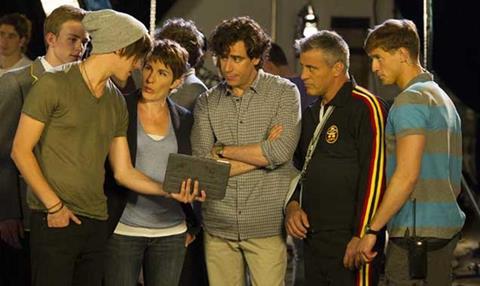 “One consistent issue with Episodes is that these characters exist in such a gilded environment that it is difficult to care about their lives.”
Jake Wallis Simons, The Telegraph

“Episodes may be turning, as did Rev (but its evolution was intentional), from a comedy into a drama one watches for the story rather than the humour.”
Andrew Billen, The Times

“It’s not bad, but sorry, Matt, we’re probably best with those interminable Friends repeats…”
Will Dean, The Independent

“It’s visually stunning, never uninteresting. You probably could make 24 series and still have people watching.”
Will Dean, The Independent

“Every segment on Coast Australia lasted just a few minutes, and Neil found the soundbite that made each one memorable.”
Christopher Stevens, Daily Mail

“I often find Coast interesting but I’d never expected it to be so moving.”
Matt Baylis, Daily Express

“This was an intimate portrait of death, from the perspective of a man who is facing it. As, indeed, are we all.”
Jake Wallis Simons, The Telegraph

“You had the feeling that, whatever the afterlife is like when Billy gets there at last, he’ll still be talking away.”
Christopher Stevens, Daily Mail