“The more precious the site, the more wondrous the natural wonder, the more the presenter and his voice get in the way.” 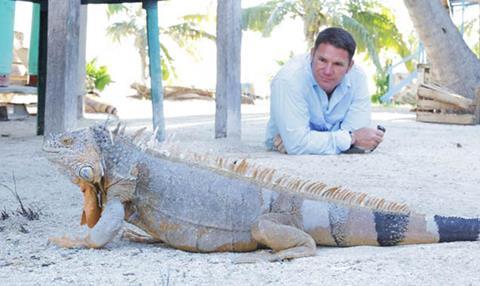 “Big man Backshall undoubtedly knows stuff, including how to speak Indonesian, and is a gifted if unconventional communicator, but his programme is not natural history. It is Animals Do the Darnedest Things (Especially When I’m Around).”
Andrew Billen, The Times

“I don’t totally believe in Steve the uber-male, top-of-the-waterfall, top-the-food-chain, apex predator. He seems a bit too nice. But this is one of those shows, so he’s got to try to play the part.”
Sam Wollaston, The Guardian

“In contrast to Attenborough’s reverential whisper, Backshall hollers like a rookie football commentator. The more precious the site, the more wondrous the natural wonder, the more the presenter and his voice get in the way. What, one wonders, have the remote corners of the earth done to deserve him?”
Matt Baylis, Daily Express

“Presenters like Bear Grylls and Ben Fogle are always banging on about how dangerous their exploits are, but Backshall really did take eye-popping risks. His enthusiasm occasionally gets the better of him, and he finished the show with his ‘new favourite animal’… a pretty but undramatic cuttlefish. I was expecting a velociraptor at least.”
Christopher Stevens, Daily Mail

“This rather ordinary documentary about the Bizzykidz agency – lacking much in the way of narrative or tension – exposed mainly the child performers’ vulnerability. And that went equally for the pushy parents, for whom the song Don’t Put Your Daughter on the Stage, Mrs Worthington would be a personal attack.”
Andrew Billen, The Times

“Like C4’s highly dubious and exploitative series Child Genius, the real point of The Tiny Tots Talent Agency was to gawp at the ghastly parents. Some were greedy, some were deluded, some were control freaks, some were living out their own thwarted fantasies. The difference was that most of these children were born show-offs. They didn’t care how pushy their parents got, so long as they could pose for the cameras.”
Christopher Stevens, Daily Mail

“Tribal Teens: Here Comes Trouble is a good idea. As television – it’s Brat Camp meets Bruce Parry, I imagine someone said at a pitching meeting – and as a parenting tool. The storyline is familiar, and predictable. But it’s fun; I never tire of watching stroppy teens taken way out of their comfort zones. It’s very clear that all British teens should spend some time with a tribe.”
Sam Wollaston, The Guardian

“Fussy Alex and lazy Ethan gradually learned to get up, shut up and muck in with the business of communal survival. It helped that neither teenager was especially unpleasant. Ethan seemed more depressed than lazy and Alex, as far as we could tell, was just a bit of a nightmare to cook for.”
Matt Baylis, Daily Express