“I haven’t made a sound other than a groan of despair when watching a British sitcom since the late 1990s and yet here it is, a comedy that is actually extremely funny. How could I have missed it?” 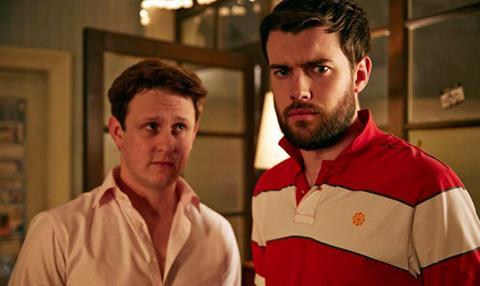 “I haven’t made a sound other than a groan of despair when watching a British sitcom since the late 1990s and yet here it is, a comedy that is actually extremely funny. How could I have missed it? Jack Whitehall as JP was an absolute revelation (just about the best comic timing since Ronnie Barker’s glory days in Porridge.)”
Virginia Blackburn, Daily Express

“It’s dire — unoriginal, flabby, self-satisfied, crude and devoid of even one good joke. Few things are more depressing than having to listen to some bore droning on about the drunken escapades of his college days. Who believed a whole show based on that was a good idea?”
Christopher Stevens, Daily Mail

“Sam Bain and Jesse Armstrong’s university-set show is close-to-the-bone, dark comedy with a house of brilliantly drawn characters that are elevated from student stereotypes to personalities whose ludicrous moments we savour – even if uni is a distant memory. I’m going to savour every bit of it until finals.”
Sally Newall, The Independent

“It’s difficult not to conclude, from the strength of this episode at least, that everyone’s getting a little tired. There were enough good jokes to keep things ticking along, but energy levels were low, and, for this group of doomed souls, almost every possible dynamic between them has been explored.”
Charlotte Runcie, The Telegraph

“This, the fourth, will be the last series. The right decision, I think. This meat isn’t – can’t be – as fresh as it was five years ago. It hasn’t gone off; just aged a little. It’s still bloody funny, though.”
Sam Wollaston, The Guardian

“Cuckoo is a bog-standard family sitcom about mid-life crisis and teenage children, fused to a Hollywood screwball romance. There are funny moments. But a lot of viewers will have switched off wondering: ‘What on earth was that supposed to be about?’”
Christopher Stevens, Daily Mail

“It was a sublime, multi-textured hour of drama, exquisitely shot, masterfully edited and sensitively performed, and directed with virtuoso power by Ryan Murphy, who has made a series operatic in scope, style and beauty.”
Charlotte Runcie, The Telegraph