“It’s almost Scandinavian in its bleakness. A new genre perhaps, north-west noir?” Read on for the verdict on last night’s TV. 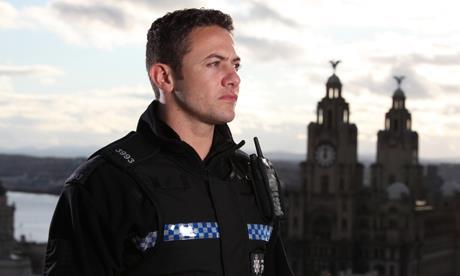 “The production team have obviously studied every boxset coming out of Nordic television for the past five years. The aesthetic is borrowed, but it’s still brilliant.”
Helen Rumbelow, The Times

“It’s high time someone reinvented the TV police genre and with Good Cop, the BBC might just have done it… Make no mistake: it’s top, top, top telly, this. Make sure you don’t miss it.”
Matt Baylis, Daily Express

“Good Cop is much better cop than most police procedurals.”
Tom Sutcliffe, The Independent

“It’s a kind of epistemological strip-tease, and once you’ve persuaded yourself that you’ve caught a flash of nipple it’s all but impossible not to wait for the full reveal.”
Tom Sutcliffe, The Independent

“What it really needed was someone from outside Sky to be involved, rather than a programme for a TV company about a sports team sponsored by that TV company. The result is basically a corporate video, about a bunch of guys with laptops, talking management speak.”
Sam Wollaston, The Guardian