TV Critics: Great Artists in Their Own Words; Bankers

“There was no escaping the very obvious fact that this was actually just another quite good film about the history of 20th-century art.” Read on for the verdict on last night’s TV. 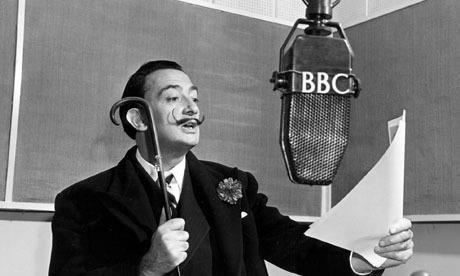 Great Artists in Their Own Words, BBC4

“[It] promised to be a fascinating look at some of the greatest artists of the 20th century through long-forgotten recorded interviews retrieved from the archives. If this had been the case, the programme would barely have lasted 10 minutes, as it turned out there was next to no outstanding footage available… There was no escaping the very obvious fact that this was actually just another quite good film about the history of 20th-century art, loosely tied to the few artists for which archive film exists.”
John Crace, The Guardian

“The idea of cutting together a history of modern art by drawing on the BBC’s rich archive of artist interviews is an excellent one, even if the resulting narrative feels a little distorted by the availability of clips… But even so, there were real pleasures for anybody interested in the peculiarly modern relationship between great artists and the media.”
Tom Sutcliffe, The Independent

“What we saw and heard from LS Lowry, Salvador Dalí, Marcel Duchamp or Man Ray in the first episode of Great Artists in Their Own Words from the period 1907-39, was tremendous. It just wasn’t enough…  To fill us in on the artists’ greatness, batteries of talking heads sounded off: Grayson Perry, Hilary Spurling, Marina Warner, even Desmond Morris, author of The Naked Ape and surrealist painter. It began to feel like one of those compilations of the 100 best TV ads.”
Christopher Howse, The Telegraph

“Banker-bashing has become a new TV sport; a month seldom passes without some programme exposing the venality of the City. This one was no exception, giving a detailed breakdown of how several banks manipulated Libor – the rate at which banks lend to each other – long after they had been bailed out with public money in 2008. It was clear evidence that contrition and a willingness to change are not hot-wired into the banking system. It was this that made the programme so compelling.”
John Crace, The Guardian

“A certain amount of breast-baring was on show here, but nothing like enough, and a lot of residual admiration for Bob Diamond, one of those masters of the universe who congratulated themselves for cleaning up in a horse race where every runner was a winner… Sometimes I see wonderful and beautiful things on television. But sometimes it’s appalling.”
Tom Sutcliffe, The Independent

“This was one of those television programmes more suited to radio, with not much going on visually except for talking heads.”
Christopher Howse, The Telegraph