“It was a thought-provoking hour that will have had every viewer mentally calculating how many years they could add to their life by dropping this, taking up that and eating more of the other.” 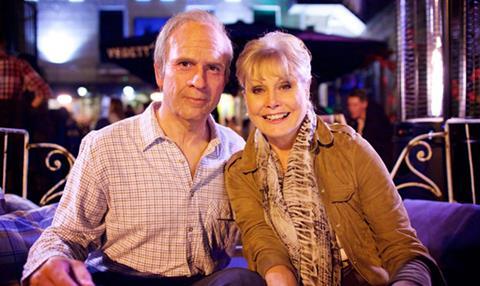 “A fascinating twirl through what, they promised, was actual, proper science on what will help us live more healthily for longer. It was a thought-provoking hour that will have had every viewer mentally calculating how many years they could add to their life by dropping this, taking up that and eating more of the other.”
Esther Addley, The Guardian

“Let’s just face it: nobody can really stay young, and the modern obsession with faking it, through plastic surgery and inappropriate behaviour, amounts to a disease in itself. The BBC was gleefully encouraging this, in a raft of unhealthy ways.”
Christopher Stevens, Daily Mail

“I’d have preferred, I think, a little less information than How to Stay Young offered me. Learning that Angela Rippon’s organs are surrounded by litres of visceral fat is rather like learning a favourite actor has athlete’s foot.”
Matt Baylis, Daily Express

“Hislop’s perky documentary – the Private Eye editor could find chortle-worthy ironies in a cancer ward — was a history of state poverty relief. Think not of the cruelty of the workhouse. See instead the workhouse as a sincere, logical attempt to make work pay.”
Andrew Billen, The Times

“What could have been a dry subject – essentially a potted history of state benefits – came to engaging life. The cheeky graphics recalled Terry Gilliam’s surreal cut-out animations for Monty Python. Hislop gamely hopped between pubs and homeless shelters, rattled buckets and climbed ladders. This was enlightening, provocative fare.”
Michael Hogan, The Telegraph

“Workers or Shirkers? Included an intriguing number of insights. What’s certain is that from decent documentaries like this to the cheap spectacle of Benefits Street and the tabloid horrors of Dickensian London, poverty continues to hold a strange horrified fascination for us.”
Matt Baylis, Daily Express

“Maybe it’s my age, but I couldn’t help feeling there was a huge issue left unaddressed in Army Girls. Political correctness forbids the question, of course. No one dares ask whether women should be on the front line — whether they are physically strong enough for the job.”
Christopher Stevens, Daily Mail