“Accessibly intelligent and beautifully made.” Read on for the verdict on last night’s TV. 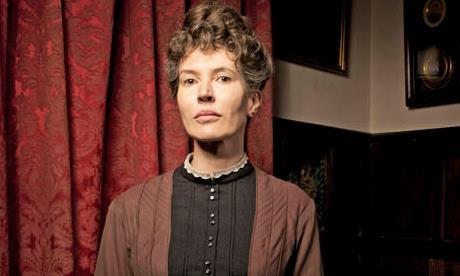 “A spoofy period comedy drama whose plot seems like a cross between Daphne du Maurier’s Rebecca and Charlotte Brontë’s Jane Eyre, it might have gone the way of so many previous period spoofs like it, and sunk. It did the opposite.”
Arifa Akbar, The Independent

“It’s more a raised-eyebrow laugh than a belly one, but accessibly intelligent and beautifully made.”
Alex Hardy, The Times

“It’s not just a series of jokes. There’s mortar sticking the gags together, a reason to come back for more.”
Sam Wollaston, The Guardian

“The whole show seemed like it was stuck in a 1970s time warp. If the BBC’s billing of it as the channel’s first British Muslim comedy series had intended to give it some edge, this first episode quickly dispelled the spin.”
Arifa Akbar, The Independent

“What a pity it is that the BBC’s first Asian sitcom is so safe.”
Sam Wollaston, The Guardian

“It felt like that Eighties ‘brat pack’ movie Breakfast Club, with the ageing coppers kept in detention for a day and the drama coming from the handful of characters in a pressure-cooker situation.”
Matt Baylis, Daily Express

“If anything, there were so many ideas here that too sharp a light was shone onto how wooden the core cast was in delivering them.”
Alex Hardy, The Times

“Whenever the flagship science show goes into space, you know you’re going to get what we got last night.”
Matt Baylis, Daily Express