“It’s all style and not much substance.” Read on for the verdict on last night’s TV. 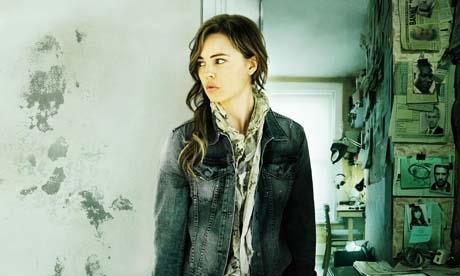 “It’s all style and not much substance, but the absence of substance is knowing and seductive. It plays hard to get, and it does it stylishly. Then, just as it’s reached cruising speed, the drama slams head-first into a wall of cliché.”
Tom Sutcliffe, The Independent

“If the inevitable comparison with Homeland is unfavourable, it’s probably also unfair. Hunted isn’t – so far – remotely political, and it’s already far more cynical. It doesn’t have a likable character in it – even Sam is pretty charmless.”
Sam Wollaston, The Guardian

“Hunted is Spooks privatized, and with ambitions to conquer international TV markets… It’s terrible, but, admittedly, not unwatchably so.”
Andrew Billen, The Times

“Hunted, I am guessing, is a spy thriller for an entirely new generation weaned on chaotic computer games and unable to stay with a plot for more than about three minutes unless it involves something being blown up or shot at.”
Matt Baylis, Daily Express

“The ability of Red Dwarf to mesh the banal with the futuristic is deserving of fondness, as is the polished ensemble comedy of its four principals. Its best jokes aren’t transcribable because they sit in the air between the characters, but I laughed. No sign of freezer burn.”
Tom Sutcliffe, The Independent

“It’s like watching a lost episode where the characters have suddenly aged 20 years for reasons that go unexplained… I can’t imagine true fans being in any way disappointed.”
Sam Wollaston, The Guardian

“It is raucous in a way that reminded me of the heyday of Third Rock, sure-footed with the extended jokes, high on cod-jargon and dotted with decent one-liners. Craig Charles, Danny John-Jules, Chris Barrie and Robert Llewellyn pilot the old thing effortlessly.”
Andrew Billen, The Times

“The problem is there’s just no one to like in this drama. The squaddies are portrayed as apes, their wives are screaming banshees and their daughters are sex maniacs. Our soldiers may not all be 100 per cent heroes but they don’t’ deserve this hatchet job.”
Matt Baylis, Daily Express