TV Critics: Hunters of the South Seas; For The Love of Cars; Indian Summers 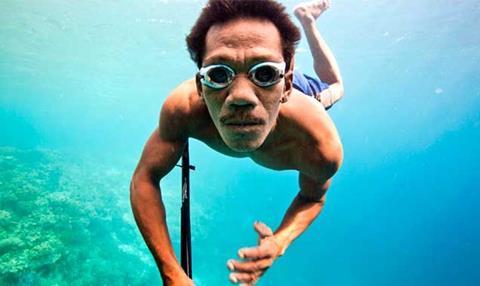 Hunters of the South Seas, BBC2

“Explorer and writer Will Millard is better than your average travelogue host, because he actually speaks the language. The future is uncertain for the Bajau, which made this glimpse of their evanescent existence all the more precious.”
Ellen E Jones, The Independent

“Ultimately it was Millard’s willingness to wear his heart on his sleeve while peeling away the multi-layered tragedy of the Bajau’s painful suspension between ancient and modern that made this film so powerful.”
Gerard O’Donovan, The Telegraph

“The first episode of Will Millard’s Hunters of the South Seas was un-improvable. One advantage is that although Millard is a bona fide explorer he looks like a book worm not Bear Grylls.”
Andrew Billen, The Times

“In a speech that left not a dry eye in the Baylis household, Millard came across as a man of boundless heart and decency. The foregoing film, full, of light and laughter and uncomfortable truths, established him as a prize catch for the BBC.”
Matt Baylis, Daily Express

For The Love of Cars, Channel 4

“Philip Glenister blasts down a runway, chuckling, almost maniacally. Almost like he’s auditioning for another part, a certain presenting job that recently became available over on the BBC.”
Sam Wollaston, The Guardian

“It would be a shame to split Glenister up from his co-host, car designer Ant Anstead. The interaction between these two is as smooth as a Merc S550 gliding along an open highway.”
Ellen E Jones, The Independent

“Indian Summers has been a frustration. Visually it was gorgeous. The characters were deeply conceived. Yet the motor of Paul Rutman’s plot was weak. It slowly revved up to the trial scene two weeks ago but by yesterday was idling again.”
Andrew Billen, The Times

“The finale of Indian Summers was extra, extra good and so full of sorrowful departures it was hard to go to bed afterwards. There was something marvellous, like the voice of history itself, in the way the evil of the idyllic hill-town was exposed but still carried on.”
Matt Baylis, Daily Express