“Line of Duty pinned us to our seats with excitement and even a little astonishment.” Read on for the verdict on last night’s TV. 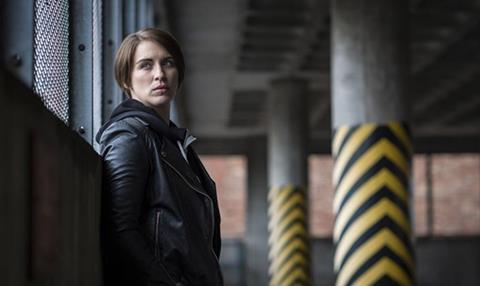 “This is a murky world of cops investigating cops, with the ever-present whiff of institutional rot. Line of Duty isn’t the first cop show to do this, but few have done it quite so well.”
Sam Wollaston, The Guardian

“By the hour’s end Line of Duty had absolutely done what it intended to do and pinned us to our seats with excitement and even a little astonishment, throughout. Roll on the next five episodes.”
Serena Davies, The Telegraph

“This began at breakneck pace and never let up. Solve the case before next week and you probably deserve your own police medal.”
Matt Baylis, Daily Express

“Mercurio’s helter-skelter pulls in the punters, but it is his touches of social comedy and domestic stress that make the difference. Binge-watchable telly.”
Andrew Billen, The Times

“Suspects was a part-improvised, ultra-realismo version of The Bill but with barely any interest in the officers and all the focus on the crime. It was also absorbing, even moving. Rarely does Channel 5 put on a home-grown drama of note but this was effective, smart TV.”
Serena Davies, The Telegraph

“The improv thing, as well as being bold, weirdly kind of works, adds an authenticity and an almost real-time nailbiting urgency to the whole procedure. It puts you there, in the investigation.”
Sam Wollaston, The Guardian

“For the most part this show highlighted the drama present in the real work that real detectives do. Honest, understated, clever without showing off in the slightest, it’s got me bang to rights for the next 10 weeks.”
Matt Baylis, Daily Express

“What it had going for it was taught storytelling unusually matched by naturalistic performances filmed documentary-style. It shared one vital quality with Line of Duty: it felt real.”
Andrew Billen, The Times

“Director Mat Whitecross has a background in music videos and it showed with some of the whizzy camerawork and ‘bullet-time’ slo-mo. This was stylish, cinematic fare. An energetic, enjoyablly rollicking romp, not to be taken too seriously – a bit like the Bond films, in fact.”
Michael Hogan, The Telegraph

“Fleming created Bond as an act of wish fulfilment. Here, the projection is turned back around and upon him. It works well enough, though. Or at least fills the gap between Skyfall and Bond 24.”
Ellen E Jones, The Independent

“Early on, Fleming’s future wife, played by Lara Pulver, tells him that Bond is his fantasy of himself. Dominic Cooper’s Fleming clearly believes it is more like who he really is. Disappointingly, the script strains to agree with him.”
Andrew Billen, The Times

“There’s nothing very clever about the idea of First Dates but it’s brilliant television. Spying on the couples gives you the opportunity to share it all – the terror, the excruciation, the ghastliness of a bad match – without having to go through it yourself.”
Sam Wollaston, The Guardian