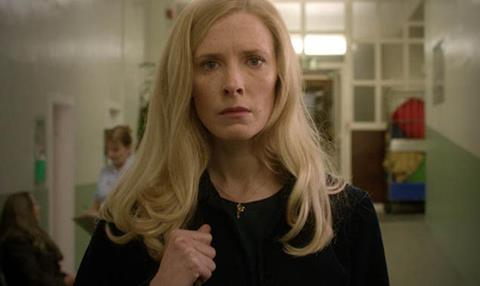 “Murder is like a jigsaw puzzle, with at least 500 pieces, and no picture to help. Who knows what it’s going to be when it’s done. Slowly though, it comes together. Not easily, but it’s a beautifully crafted puzzle, and there’s a lot of satisfaction in seeing the process.”
Sam Wollaston, The Guardian

“Murder was told with brilliant unconventionality, in a montage of split-screen, stills, CCTV (including from within a cash dispenser) and soliloquies. Yes, at times I wondered whether I was watching telly or something arty at the Soho Theatre and the spell broke. That, though, was not Murder’s fault, but mine, and the cult of naturalism.”
Andrew Billen, The Times

“The problem was, it was a very wordy business. We’d forgive that if ancient Romans were giving their testimony from 2,000 years ago, but when it comes to modern murders on telly, we expect to see the action. This was more like a radio play than TV.”
Christopher Stevens, Daily Mail

“Those who weren’t bamboozled to the point of switching off were rewarded by a slow clearing of the mud that did, perhaps, mirror the way the vulnerable young detective found the answers. What started out as too clever by half became a piece of TV twice as bright as its competitors.”
Matt Baylis, Daily Express

“Despite all its stylistic strength, the structure of this episode lacked enough suspense or surprise. I also struggled with the sheer deluge of noir sadness: the murder itself, the loss of a child, the hit-and-run. While brave and beautifully shot, to my tastes this watery tale was too much of a torrent of woe.”
Ceri Radford, The Telegraph

“Mary Beard is so good at humanising ancient history. The 3D laser-mapping didn’t do much for me, but I did appreciate and enjoy being led around by her, poking around not just in amphiteatres and palaces but also in kitchens, bathhouses and brothels.”
Sam Wollaston, The Guardian

“It would so easy for this material to feel like morbid voyeurism, historical corpse-ogling. Instead, Pompeii: New Secrets Revealed with Mary Beard struck a sensitive tone, never losing sight of the humanity in the heart-breaking remains.”
Ceri Radford, The Telegraph

“Mary Beard did her best to explain how new technology is helping archaeologists discover a new layer of truth about the ash-buried Roman town that lies south of Naples. Sadly, much of this new layer was either confusing or boring.”
Matt Baylis, Daily Express

“Unfortunately, it was an old story, familiar from, for example, Pompeii: Life and Death in a Roman Town presented in 2010 by… Mary Beard.”
Andrew Billen, The Times

“The prof promised we would learn fresh historical data to change the way we thought about Pompeii for ever, but in truth the discoveries were minor.”
Christopher Stevens, Daily Mail

“The people on the cruise, both cruisers and crew, were very nice and everything but, well, a bit dull… I’d much rather have been taken down to the engine room than have to watch a lot of holidaymakers doing, basically, sod all for a few months.”
Sean O’Grady, The Independent