TV Critics: Oak Tree; Who Do You Think You Are?; Chris Tarrant: Extreme Railways

“This was 90 minutes of telly at its best, entertaining and educational.” 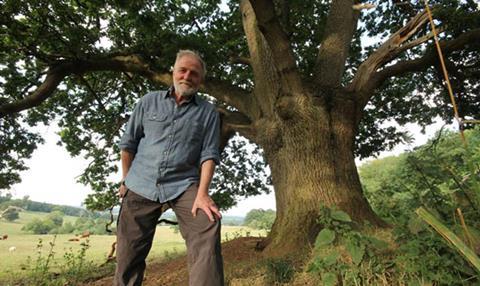 “A feature-length film about a single tree presented by a bearded insect botherer on a channel not a lot of people get down to is not an obvious sell. But it was fascinating and lovely.”
Sam Wollaston, The Guardian

“As with all the best teachers, Dr McGavin’s enthusiasm is infectious, and I was enthralled by the temporal and physical majesty of this one tree.”
Sean O’Grady, The Independent

“Next to McGavin and his oak, Hampstead Heath tree-huggers are flirts and time-wasters. Yet who by the end did not share his infatuation? To know this tree was indeed to love it.”
Andrew Billen, The Times

“This was classy, engrossing television. Lovingly made, moving, enlightening, erring more towards the informative and educational than entertainment. You couldn’t imagine it being produced by any other broadcaster.”
Michael Hogan, Daily Telegraph

“While so many factual programmes overlap, repeating the same information, this one was packed with data you could find nowhere else. This was 90 minutes of telly at its best, entertaining and educational.”

“It was less of a film about a tree, more a sublime map of the roots connecting everything, from insects to empires, climates to cathedrals, little acorns to ourselves.”
Matt Baylis, Daily Express

“There was something especially poignant about the juxtaposition of Anita Rani’s jolly telly presenter persona and the details of the gruesome loss of her grandfather Sant Singh’s family during the inter-communal violence. Difficult viewing; and I don’t think any of us will be able to watch her on Strictly Come Dancing in quite the same light.”
Sean O’Grady, The Independent

“It was a harrowing journey for Rani, who spent most it dabbing self-consciously at her streaking mascara. Rani was an appealing presence with an evocative turn of phrase.”
Michael Hogan, The Telegraph

“This edition did not take us back centuries. Its power was that it travelled just two generations and stayed there.”
Andrew Billen, The Times

“These celebrity travelogues have had their day haven’t they? It probably doesn’t help that Tarrant isn’t exactly my dream travelling companion.”
Sam Wollaston, The Guardian

“The reality was better than the title suggests. Tarrant is one of those people who exist naturally within the world of television. This wasn’t heavyweight travelogue but nor was it the actor-on-a-junket stuff you see on ITV.”
Matt Baylis, Daily Express