“This is pacey, intelligent and made with Borgen-like conviction.” 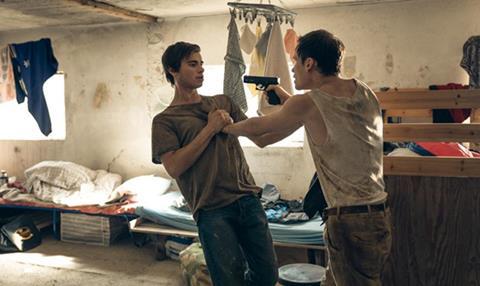 “This is pacey, intelligent and made with Borgen-like conviction, not least in its insistence that its protagonists should be allowed private lives. I love it that the investigate journalist who witnesses the kidnapping has a wife with business problems and ends his day washing the dishes at her failing restaurant.”
Andrew Billen, The Times

“This clearly wasn’t aiming to be another Borgen, and there was plenty of action to distract. In the end what Occupied lacked in credibility it made up for in originality, tense plotting and a pace sufficiently frenetic to carry all but the most curmudgeonly along.”
Gerard O’Donovan, The Telegraph

I’m An Alcoholic: My Name Is…, Channel 5

“If you’re struggling with Dry January, tonight’s Channel 5 documentary offered all the inspiration you need to keep reaching for a mug rather than a bottle. Featuring interviews with alcoholics at different stages of recovery, the format was simple. They talked to the camera; no questions, no interviewer. They just told their stories. And what a harrowing set of tales it was.”
Amy Burns, The Independent

“Shot in simple talking-head format with real people speaking straight to camera — no voice-over or expert commentary — the programme proved that the simplest approaches can often be the most dramatic.”
Claudia Connell, Daily Mail

“It would be easy to say that this film made everyone think they were an alcoholic. There is, however, some truth in that. We’re all alive and life, for everyone, is a struggle. We differ only in the remedies we reach for.”
Matt Baylis, Daily Express

“It’s important, but is men and women in white coats what I want from a BBC wildlife doco with Sir David A about one of the planet’s great natural spectacles? Or do I want more tiger sharks, minke whales and manta rays, mantis shrimps and wobbegongs? It’s the problem with anything to do with the environment and climate change on TV.”
Sam Wollaston, The Guardian

“The enthusiasm and wonder has not faded. Sir David once said he’d retire from making nature programmes when he turned 80. Now, four months from his 90th birthday, can there be anyone who isn’t delighted that he didn’t stick to his word?”
Claudia Connell, Daily Mail

The Story of Scottish Art, BBC4

“Presented by artist Lachlan Goudie, this was a genuinely enjoyable look at influential 18th-centrury figures such as Allan Ramsay, Henry Raeburn and architect Robert Adam. It was impossible not to get caught up Goudie’s enthusiasm and his friendly demeanour really made you want to go for a pint with him.”
Amy Burns, The Independent

“The series has strayed from its secret-shopper premise and this was a typical commercial-makeover episode, but a good one. The problem, however, with all such celebrity interventions is that it takes more than that to make people change.”
Andrew Billen, The Times