“Like a version of Homeland made by The Beano, this war on terror conspiracy hogwash hobbles its way through every cliché of the genre.” 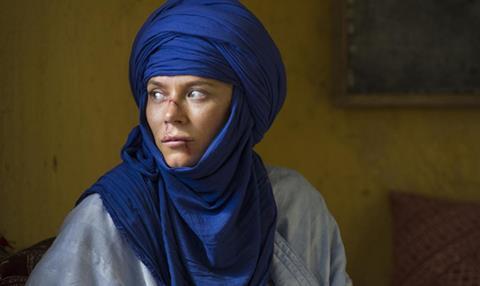 “Like a version of Homeland made by The Beano, this war on terror conspiracy hogwash hobbles its way through every cliché of the genre. It’s a tale executed without seemingly any desire to be original or interesting. Everything happens at breakneck speed but at the same time lazily, in a sandstorm of bad lines and events that simply would not happen.”
Matt Baylis, Daily Express

“This is the sort of twaddle Guardian readers lap up. Odyssey was leaning so far left, it was just about horizontal. The plot is spelled out so bluntly it might as well come with an instruction manual.”
Christopher Stevens, Daily Mail

“It was like someone had cut up broadsheet newspapers from recent years and glued bits randomly to the script, making the whole thing lack cohesion. Homeland it certainly isn’t.”
Michael Hogan, The Telegraph

“This is global conflict for dummies, but that doesn’t necessarily make for bad television. It’s nonsense, but it’s glossy, well-executed nonsense.”
Ellen E Jones, The Independent

“You might assume that the new occupant of BBC4’s foreign slot would be drama of a highbrow calibre. Alas, subtitles do not always signal sophistication. Predictable stuff, but never underestimate the appeal of a familiar story set in a less familiar place.”
Ellen E Jones, The Independent

“Cordon looks a far better bet for weekend thrills than Odyssey. Stranded behind the barriers as a nasty bug does the rounds is an agreeable selection of mismatched types. It would be a shame if some fun wasn’t had with them before they all started frothing at the mouth.”
Matt Baylis, Daily Express

“There was enough footage for two 40-minute specials, but the Beeb wisely decided to screen it all in one go. This show was as painful as pulling teeth, and nobody wants two trips to the dentist. This wasn’t a real Top Gear episode, just a hollowed-out shell… zombie television.”
Christopher Stevens, Daily Mail

“It was like an intimate farewell gig by a much-loved band. There were tears of mirth, toilet humour and mild incontinence. Huge fun, if typically puerile.”
Michael Hogan, The Telegraph

“We can boo the puerility – and worse – of the presenters, plus the laddishness, the message etc, but this Top Gear has often been imaginative, original, entertaining, amusing and artfully made television.”
Sam Wollaston, The Guardian

Each film reminded me how consistently well-made these were but also how fundamentally objectionable and ultimately unsustainable the partnership’s act was. Clarkson’s Top Gear was always at its heart about big little boys destroying things. Fittingly, in the end the most puerile man on TV destroyed his own programme.”
Andrew Billen, The Times