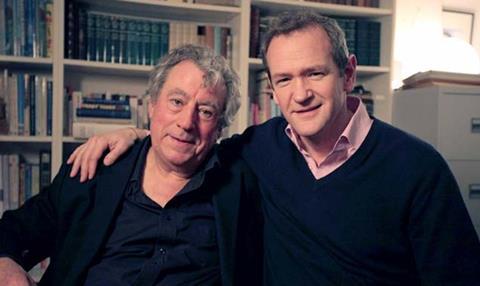 “What’s nice about the programme is that as well as quite rightly ridiculing the BOP and the rest, AA is clearly also rather fond of them. Basically everyone’s tossing everyone else off, or would be if it wasn’t such a sin.”
Sam Wollaston, The Guardian

“Left alone to do their thing, the history buffs coud have turned this into a decent slice of cultural-sociological discussion. As it was, we never quite knew whether the subject under discussion was being laughed at or given due consideration.”
Matt Baylis, Daily Express

“What was only lightly addressed was how indelible, once remarketed, the Boys’ Own ethos remains. This, after all, is the age of UKIP, an Eton-dominated government, health crazes, fitness clubs and needlessly dangerous challenges (is Davina McCall the new Captain Walter Snetterton?).”
Andrew Billen, The Times

“Real Ripping Yarns provided a novel lens though which to view a major change in British culture. It might have transcended amiable nostalgia and become an insightful cultural history, if only it had also included some acknowledgement of the people this sentiment excludes. It was as if women and the state-educated never even existed at all.”
Ellen E Jones, The Independent

“Social services is often seen as the heartless apparatus of the baby-stealing state, so it was valuable to witness the emotional impact this work has on individuals. In fact, 15,000 Kids and Counting had empathy for all parties concerned in the adoption process.”
Ellen E Jones, The Independent

“It is difficult to imagine that a more important documentary will be made all year. The documentary did not demonise the parents under assessment. Some of them were difficult to like but the unobtrusive footage allowed for a more complex picture to emerge.”
Rupert Hawksley, The Telegraph

“With that number of children now up for adoption yearly, it is a necessary subject. There was, however, no tension in the film because in none of the cases followed was there much doubt that the children would indeed be taken, nor much chance that viewers would share their parents’ outrage, pitiable though their situations were.”
Andrew Billen, The Times

“This kind of television only works if it has big entertaining characters, or a good story or two, or it gives you the opportunity to look inside a place you wouldn’t ever normally get to see. Jockey School has a little of all of these. Mostly I like it because it’s about kids with issues, growing up and trying to turn their lives around, and there’s not much more moving than that.”
Sam Wollaston, The Guardian

“I have spent many days at the racecourse and faced constant disappointment as I recklessly lined the bookmakers’ pockets, but I have never felt quite as let down as I did by this. There is certainly an interesting programme to be made about the skills required to succeed in racing – sadly, this wasn’t it.”
Rupert Hawksley, The Telegraph

“Jockey School is a great idea. It was a disappointment, though, to see only three stories. This was an hour-long documentary, and sharper editing could have introduced twice as many teens.”
Christopher Stevens, Daily Mail

“This documentary charted Herc’s incredible life story, from the early wrestling exhibitions, to his starring role in the James Bond movie Octopussy, where he fought with Roger Moore. It made unique, moving television.”
Christopher Stevens, Daily Mail

“I doubt very much whether anyone could have cared more for Hercules than Robin and his wife Maggie. Even so, I’m glad that in today’s world it is not quite so easy for people to pick up a pet bear.”
Matt Baylis, Daily Express