TV Critics: Science Britannica; The Three Day Nanny; Father Figure; Who Do You Think You Are?

“A provocative – and understandable – hour.” Read on for the verdict on last night’s TV. 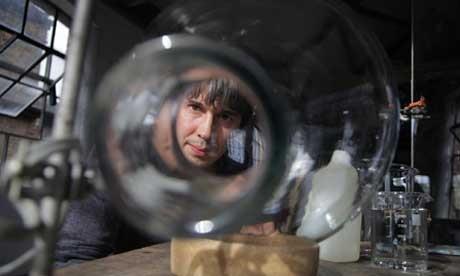 “Cox departed from his usual comfort zone of pure physics, with all its splitting atoms and what-not, to enter discursive terrain on the morality of science… A provocative – and understandable – hour.”
Arifa Akbar, The Independent

“While usually he loses me somewhere in a black hole, or abandons me in cosmic time, this I find I can get my tiny little unscientific mistrustful head around. I actually pretty much understand it all. And it is totally fascinating, of course.”
Sam Wollaston, The Guardian

“Rather than squashing a wealth of facts about life, the universe and everything into hourly chunks and trotting to as many locations as possible, Cox has downsized with Science Britannica… That said, it was no less atmospheric.”
Catherine Gee, The Telegraph

“If you want an amiable face of science you really won’t do much better than this show’s presenter… It was hard not to agree with Cox’s point: science has a responsibility not just to find out stuff but to explain it. In other words, give Cox more TV shows.”
Matt Baylis, Daily Express

“Cox’s producers would much rather be directing him in a globe-spanning action movie. Since Science Britannica, by definition, prevents Cox even from taking a Ryanair flight from Stansted. They made do yesterday with a controlled explosion.”
Andrew Billen, The Times

“She’s like Mary Poppins’ evil stepsister, without either the magic or the joy… [But Kathryn] Mewes has some handy tools and tricks in that case of hers. She actually does pretty much sort them out, in three days.”
Sam Wollaston, The Guardian

“I certainly prefer old-school Kathryn Mewes to [Supernanny] Jo Frost, because she doesn’t have such a grating voice and doesn’t pretend to be the parents’ best pal. Whether Mewes has really got a fresh slant on looking after children is another matter.”
Matt Baylis, Daily Express

“All of it was implausible, but, that’s not really the point. We don’t need our comedy to be plausible…What we need is for these implausible situations to be delivered with wit, brilliant timing and a superbly funny script. Father Figure failed on every count.”
Catherine Gee, The Telegraph

“Perhaps the problem with the new sitcom Father Figure is that it needs to go out at 7.30, on a Friday, in 1973. Or perhaps the problem is that this multi-camera domestic sitcom… is a witless mush of racial and sexual stereotypes supplemented by double entendres.”
Andrew Billen, The Times

“Who Do You Think You Are? unearthed so much Nazi-era intrigue that this hour rivalled the Hitler ‘in colour’ documentary aired earlier in the week, at least for its unravelling of secret history.”
Arifa Akbar, The Independent