“A bold, ballsy piece of television.” Read on for the verdict on last night’s TV. 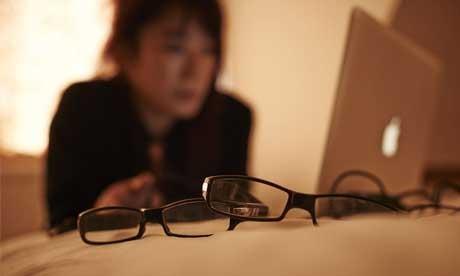 “It’s uncomfortable viewing, shocking in so many ways. And it’s a bold, ballsy piece of television that both shows what life is like in a brothel and also the process by which vulnerable women are sucked into it.”
Sam Wollaston, The Guardian

“We were not only observing the world of the brothel maid from close quarters but experiencing it as if through her own eyes… Who needs 19th-century-set drama like The Mill when this sort of misery is taking place right now in an anonymous terraced house near you?”
Ellen E Jones, The Independent

“The vulnerability of illegal immigrants drawn in to such work in this country was well captured on camera. Surely this must inspire someone in authority to make more of an effort to tackle such intolerable abuse?”
Gerard O’Donovan, The Telegraph

“Focusing on three especially excellent cases, the bouncy historian is examining this nation’s love of a good murder and looking at how the very best ones worm their way into popular culture. This obviously involves dressing up, singing and dwelling on – and relishing – every gruesome detail. I think Dr Lucy would quite like to do someone in herself.”
Sam Wollaston, The Guardian

“Worsley did her best to reproduce scenes from the trials single-handed, and even attempted a singalong with a historic balladeer. All of which made for an entertaining change from the blurry reconstructions we’re more used to in history documentaries.”
Gerard O’Donovan, The Telegraph

“My slight grumble is that Worsley injects proceedings with too much Generation Game. In such documentaries I’m all for letting experts be experts. Here, instead, she too often insisted on playing along: yelping in a melodrama and duetting in a folk song. In the process we learnt that Worsley is not an expert at acting and singing.”
Alex Hardy, The Times

“I was aware of a sort of second level mawkishness going on. I was enjoying being appalled by the murders and also enjoying being appalled by the 19th century’s enjoyment of them… What I’d have liked to have been told, though, was why. Historians, wisely, don’t try to be psychologists but Worsley’s account lacked any insight in to the causes for this new, grim entertainment.”
Matt Baylis, Daily Express

“It would seem that the time has come for ITV2’s bosses to finally face the truth: if reality television is therapy for celebrities, the well-balanced Peter Andre has completed his course and must now be released back into the community.”
Ellen E Jones, The Independent

“Bullied to Death provided a sharp, much-needed reminder of how devastating a loss can be.”
Matt Baylis, Daily Express